HK express plans to operate more services to Japan, as well as expand its presence in Southeast Asia, in the year ahead.

Speaking to FlightGlobal, chief executive Andrew Cowen says the carrier has an established network to Japan and Korea, but that it intends to add more second and third tier Japanese cities to its route map since these services have been “extremely popular”. 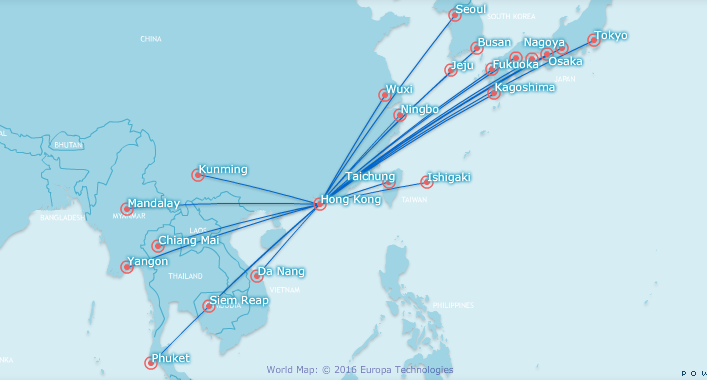 The carrier has also said that it will launch services to Guam in December and Saipan in January 2017.

Cowen says the low-cost carrier also wants to start “doing some thinking” on services to mainland China. It only flies to Kunming presently, largely because sister carrier Hong Kong Airlines has a significant number of services to the mainland.

The airline could, however, leverage on its U-FLY Alliance partners’ networks to gain some Chinese business. U-FLY carriers in the mainland comprise West Air, Lucky Air and Urumqi Air, which all “really know the China market well”, says Cowen.

HK Express also plans to double its fleet over the next 18 months, with the addition of between 15 and 17 aircraft, including its first Airbus A320neos.

The carrier saw its first year of profitability in 2015, since launching in 2007. It is expecting a record breaking 2016, with revenues and profit for the first half of the year “already exceeding” its 2015 full year figures.

Cowen adds that he is still working to reduce the airline’s CASK, which currently stands at four cents, down by another 20%. This will be done through a series of cost reductions including re-negotiating supplier contracts and lowering unit costs with the induction of larger A321 jets.