Icelandic low-cost carrier Play operated its first US flight on 20 April, with a service to Baltimore/Washington International airport.

The carrier began operations in June 2021 with flights between its Keflavík International airport base and London Stansted, before adding several European destinations to its network.

Following its US debut, Play plans to add Boston Logan flights from May and New York Stewart International services in June. 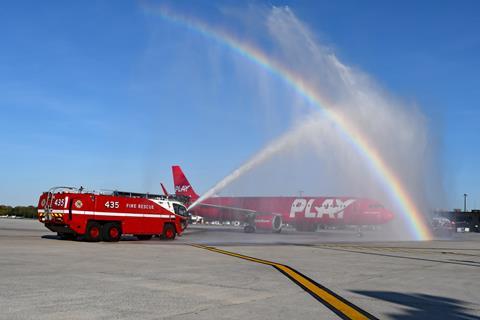 “The transatlantic flights will be the main focus in play’s operations and it was a huge project to establish a connection in a new continent,” says Play chief executive Birgir Jonsson.

The Play chief’s vision is to turn the carrier into “a profitable airline operating a hub-and-spoke transatlantic network”, he said in March.

Jonsson has been keen to stress that Play will not repeat the missteps that ultimately led to the demise of predecessor Wow Air.

Play currently operates three Airbus A321neo jets and two A320neos, with an outstanding order for one of the latter variant. 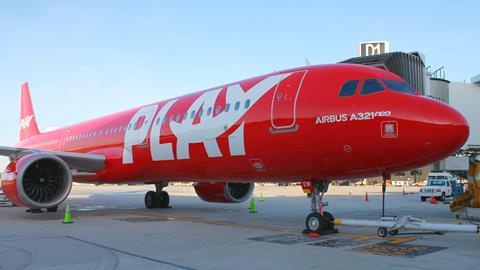 Initial service was performed with A321neo