Korean Air is expanding into the recently opened Seoul Incheon-Budapest sector with passenger and cargo services. 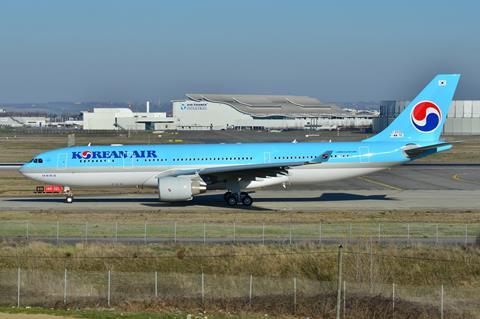 From May, Korean Air will operate three-times weekly passenger services, flown on an Airbus A330-200 configured with 218 seats.

Budapest airport has been working on a direct connection to South Korea since at least 2018, noting then that 47,000 passengers flew indirectly between both cities in the previous year.

Korean states: “Not only is there high travel demand for tourists, but also for businesses as many Korean companies are located in Hungary due to the Hungarian government’s investment policy in the car manufacturing industry.”

It expects the new direct service to reinforce its European network and boost its position in the east European market. Cirium data indicates that Budapest will be the airline’s second eastern European destination after Prague.

The sector also offers the airline opportunities in the freight market, as it previously flagged the adverse impact of US-China trade tensions and has been continuously seeking opportunities in growth markets.

Starting this month, Korean will operate twice-weekly cargo flights with Boeing 777F freighters, where it will fly the Seoul Incheon-Budapest-Frankfurt route.

“With the sharp boost of air cargo demand to Hungary due to the import of mobile devices from China and e-commerce from Korea, Korean Air forecasts improved profitability by developing the new cargo market.”