The SkyTeam carrier in February detailed plans to launch the carrier, which will operate Comac’s ARJ21 and C919 aircraft on routes in mainland China. 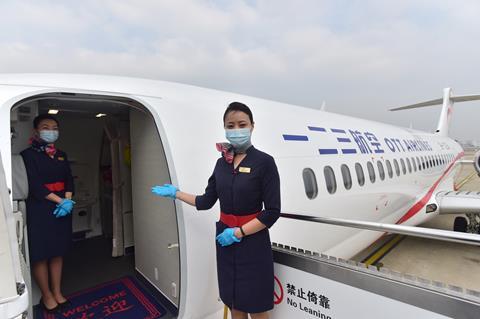 The start-up airline, which has launched with a fleet of three ARJ21 regional jets, carried out its maiden flight on the Shanghai-Beijing route.