Passenger numbers fell by more than 70% across Europe’s five biggest hubs last year as international travel ground to a virtual standstill because of the coronavirus pandemic. 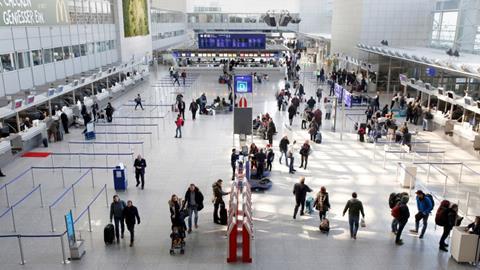 Paris Charles de Gaulle inched ahead of Heathrow as the biggest of the five hubs with just under 22.3 million passengers. While that was still a fall of 70.8%, it was slightly less steep than then 72.7% drop at the London airport.

Frankfurt recorded the sharpest fall in passenger levels for the year, down 73.4% to 18.8 million – taking it back to volumes last seen in 1984.

While all airports have suffered from the sharp drop in passenger traffic across 2020, hub airports in countries without large domestic markets have been hit particularly hard.

Figures from ACI Europe show that Moscow Domodedovo airport, aided by a strong recovery in Russian domestic traffic, recorded the smallest traffic decline in the third quarter among airports with 25 million or more passengers in 2019. Passengers at Domodedovo were down a little under a third for the period.