Italian airports operator Aeroporti di Roma (ADR) is to temporarily close the scheduled passenger terminal at Rome Ciampino airport from midnight on 13 March and one of the terminals at the city’s primary Fiumicino gateway.

It follows the collapse in air travel demand to and within Italy amid the spiralling impact of the coronavirus crisis in the country, which prompted the Italian government to implement a country-wide lockdown on 10 March. That decision expanded restrictions, previously centred on the heavily impacted northern Italy region, to the whole country. 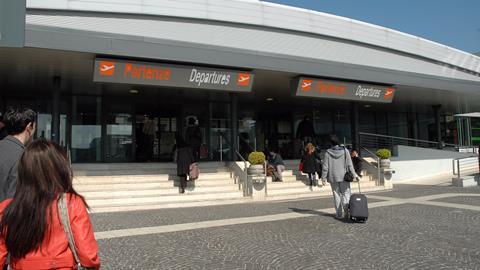 Airlines had already heavily cut Italian air services, even beyond northern Italian gateways, but subsequently pulled services across Italy as a result of the country-wide lockdown.

ADR, which operates Rome’s two airports, detailed its plan to meet downsized operations at both Fiumicino and Ciampino airports.

“The decision was made necessary due to the multiple cancellations of flights to and from Italy announced by many airlines that normally operate on the two airports of the capital,” it says.

It will from the start of Saturday 14 March close the passenger terminal at Ciampino airport - the city’s secondary airport popular with budget carriers. Ciampino will remain open to general aviation, state flights and cargo operations.

From 17 March, Terminal 1 at Fiumicino will close. The other terminal at the airport will remain open.

”The passenger terminals of Fiumicino and Ciampino airports will resume regular operations as soon as the current emergency phase is over,” ADR adds.

The two airports handled almost 50 million passengers between them in 2019.