European airlines have been adding some of the most capacity into UK airports analysis of data from Flightglobal's schedules specialist Innovata for the second quarter shows.

Four UK airports - London Luton, Manchester, London Gatwick and Birmingham - are among the 15 airports to have added the most departing seats in the second quarter compared to the same period in 2015. 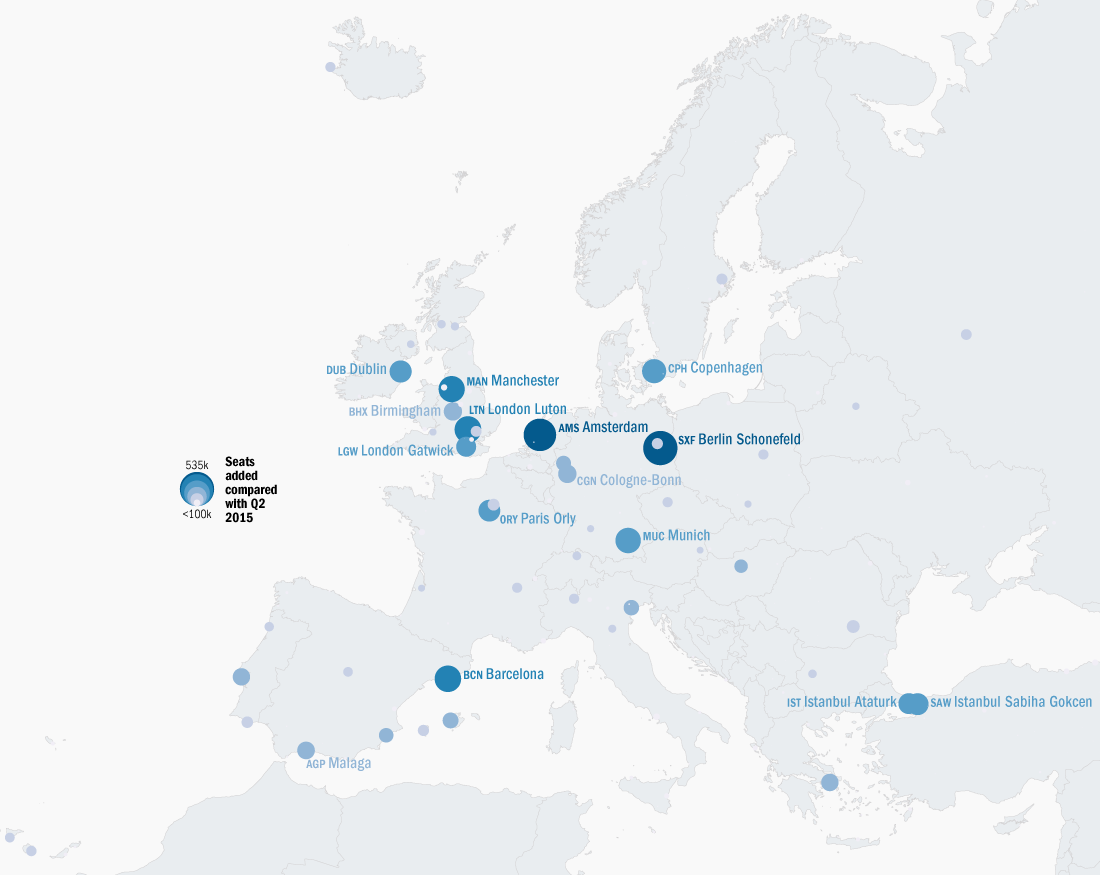 Low-cost carriers have driven much of this additional capacity. At Luton, central European carrier Wiz has added a number of new routes to Lithuania, Moldova and Romania.

Luton-headquartered EasyJet too has added capacity sharply too at the airport - reflecting the long-term commercial deal it struck with the airport operator at the end of 2014. Ryanair too has added new routes from Luton, while Vueling this summer made its debut at the London airport by launching Barcelona.

Likewise these carriers, together with Norwegian, have also driven much of the extra capacity across UK airports. 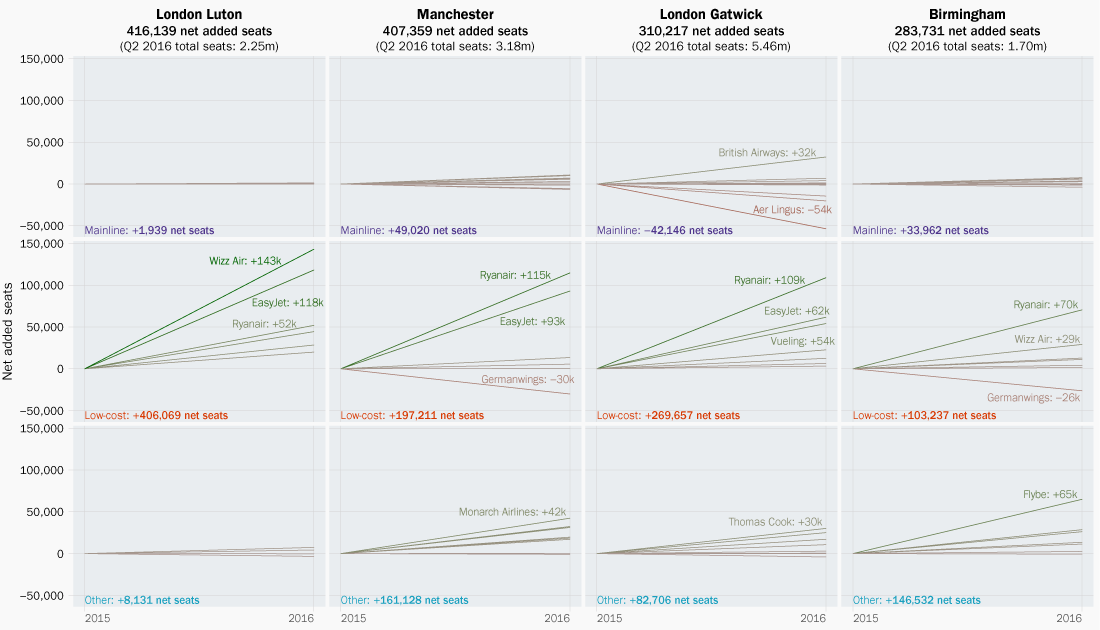 While UK airports drove much of the short-haul capacity growth compared with same quarter in 2015 - there was also strong growth among German airports. Notably this includes Berlin Schonefeld, which has the largest growth in absolute seat terms. 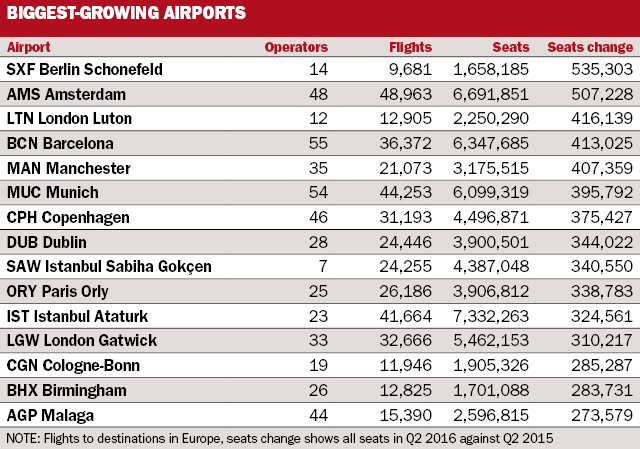 But the UK to Italy, Ireland, France and the Netherlands also rank among the 10 markets where airlines have added the most seat capacity compared with the second quarter of 2015.

Irish low-cost carrier Ryanair is firmly back in expansion mode, armed with an arsenal of new aircraft after it began taking delivery of its latest batch of Boeing 737-800s at the end of 2014 - data from Flightglobal's Fleets Analzyer shows the Irish carrier took delivery of eight 737-800s in March alone.

Innovata data for the second quarter shows Ryanair has added the most seats in absolute terms of any carrier in the European market, compared with the same period in 2015.

The short-haul operator, which during last year became the first European carrier to pass the 100 million annual passenger mark, has been expanding across Europe. For this summer that includes new bases at Belfast, Corfu and Santiago de Compostela, on top of bases like Berlin Schonefeld it opened last autumn.

As Ryanair often launches with daily frequencies, it also accounts for seven of the 10 new route pairings with the most seat capacity on it added over the last year. That includes Berlin Schonefeld-Cologne Bonn, where it and Eurowings have both launched flights since the second quarter of last year and between them operate 47 weekly flights on the route.