Ryanair traffic falls back down in September as restrictions hit

Ryanair traffic levels had started increased in July and August after flatlining during the crisis peak of the coronavirus crisis amid a swathe of travel restrictions. 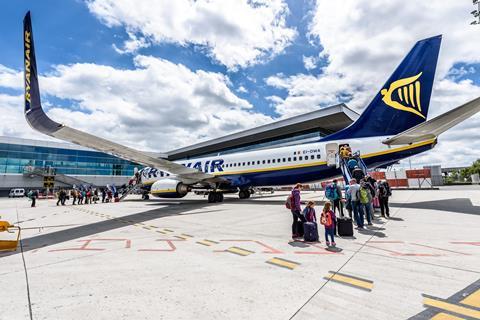 The airline carried 7 million passengers in August - the peak month of the year for air travel for the carrier - though this remained 53% down on the same month in 2019.

But the airline cut capacity by 20% in September and October as fresh quarantine measures hit the demand for air travel. It has today disclosed it carried only 5.1 million passengers in September - a 64% fall on the 14.1 million the group, including Lauda, carried in the same month last year.

During a 23 September appearance on the Peston programme, broadcast by UK network ITV, Ryanair Group chief executive Michael O’Leary said that “at the moment, November and December look like they’re booking at around 10% of our normal volumes”.