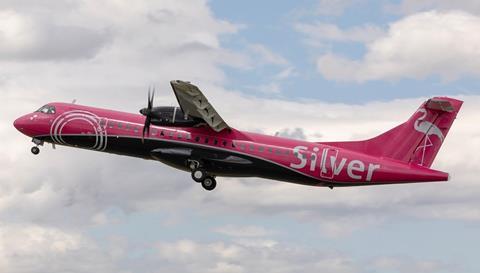 The airline will be operating the routes on its new state-of-the-art ATR 72-600 aircraft.

Silver is in the process of phasing out its 20 Saab 340 turboprops and replacing them with ATR 42-600s and ATR 72-600s. The airline has three of the larger aircraft in its fleet so far, with one more on order.

On Tuesday, Silver applied for US Department of Transportation (DOT) permission to operate flights between the United States and both the Dominican Republic and St Maarten on these larger-gauge aircraft. It currently has authority to operate “small aircraft only” and is seeking a broader exemption from the DOT.