United Airlines will resume flights between the US and several destinations in Asia next month.

The Chicago-based airline says its twice-weekly San Francisco-to-Shanghai connection via Seoul will return on 8 July. The airline will operate a Boeing 777 on the route. 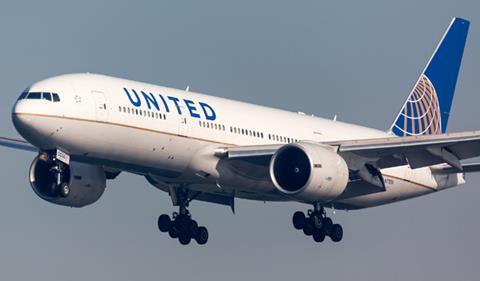 Later in the month, the carrier will reinstate service between Chicago and Tokyo, restart service to Hong Kong and fly to Singapore via a stop at Hong Kong.

United says that prior to suspending service to Shanghai in February due to the coronavirus crisis, it was the largest US carrier serving China, operating five daily flights between Shanghai and hubs in San Francisco, Los Angeles, Chicago and Newark.

The announcement comes just days after competitor Delta Air Lines said it was resuming flights between the countries this week after a regulatory spat threatened to keep flights suspended indefinitely.

In May, Delta and United applied to the Civil Aviation Administration of China (CAAC) for authority to resume passenger flights between the two countries as cases waned, but he CAAC denied their requests. On 3 June, the US Department of Transportation (DOT) responded by blocking Chinese airlines from flying to the USA from mid-June.

But the CAAC soon relented, allowing US carriers to fly a combined four weekly flights to mainland China, according to the US DOT. That agency then granted the same authority to Chinese airlines.