US DOT grants Canada Jetlines permission to fly to USA

The US Department of Transportation (DOT) has tentatively granted Canadian discount airline Canada Jetlines a foreign air carrier permit, allowing it to operate routes to the United States.

The Toronto-based start-up leisure carrier, which launched flights in September, said on 1 November that it is now awaiting FAA approvals before it begins flights across Canada’s southern border. 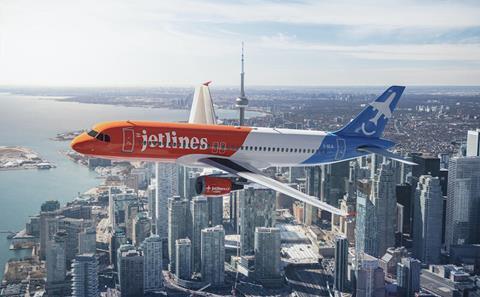 “We are looking forward to expand our international network, as the US is a top market for Canadian travellers,” says Jetlines chief executive Eddy Doyle. “With the winter months fast approaching, we know sun destinations will be a priority for leisure travel and we intend to announce our first international destination later this month.”

The carrier is aiming to grab a share of the so-called “snowbird” market – Canadian tourists who travel to southerly destinations during the northern hemisphere’s winter months, to escape the cold.

In its 13 September filing with the DOT, Jetlines noted that it was “developing relationships with Melbourne-Orlando and Sarasota Bradenton International airports for Florida service”. Orlando and Sarasota are among several Florida destinations popular with Canadian tourists during the winter travel season. Thousands of these snowbirds flock to the warmer climate between November and April.

The airline currently has one used Airbus A320 in service and expects to add a second aircraft to its fleet by the end of the year.

The carrier – which has undergone various management changes since first emerging on the North American airlines scene in 2014 – pushed back its launch several times in recent months.