UK carrier Virgin Atlantic is to launch flights to Texas state capital Austin this summer, marking its first new route to the USA since 2015.

It will serve Austin four times a week from London Heathrow using Boeing 787-9 aircraft. The service will launch on 25 May. 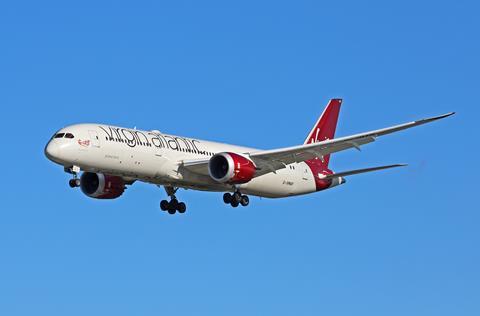 Virgin already operates to 11 US destinations from Heathrow and is part of a transatlantic joint venture with part-owner Delta Air Lines and Air France-KLM. British Airways is the only other scheduled operator on the route, which it has served with 787s since 2014.

Chief commercial officer at Virgin, Juha Jarvinen, says: ”Since US borders opened to UK travellers on 8 November, it feels extra special to be launching new flying, especially to the fantastic city of Austin.

“There are so many synergies between Virgin Atlantic and the city of Austin. We love their philosophy and desire to celebrate local brands, businesses and communities and we cannot wait to welcome customers, both existing and new, on board, flying them safely to explore this fabulously quirky city.”

Virgin identified Austin as a potential future route when in 2019 it outlined a future network it could operate from a Heathrow airport expanded with a third runway.

Delta offers connections to 10 US cities from Austin, while KLM also this summer will begin thrice-weekly Austin services from Amsterdam.