Virgin Atlantic has cancelled the launch of services between Manchester airport and the Indian cities of Delhi and Mumbai.

“We are continuously reviewing our flying programme and in response to the ongoing impact of Covid-19 we have made the difficult decision to withdraw our Manchester to Delhi and Mumbai services, which were due to launch in January,” the airline states.

The routes were only announced in mid-October, with Mumbai initially due to launch in December this year and Delhi in January 2021, using Boeing 787-9s. The Mumbai service was later pushed back to January.

Virgin says it “remains committed to our Manchester home and have recently resumed operations to Barbados, with further routes to the Caribbean and US commencing in the coming weeks”. 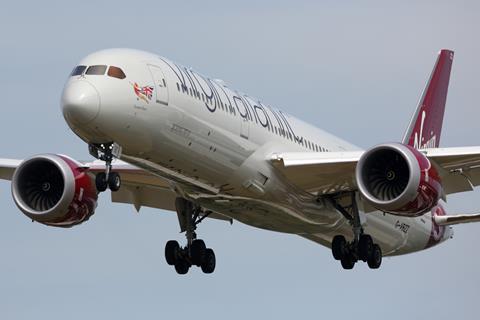 In launching the Indian routes from Manchester, Virgin said in October it was “benefiting half a million Indian diaspora living across the north” of England with services aimed at “capturing demand for business and leisure travel to the region as global economies gradually recover from the impact of the Covid-19 pandemic”.

Cirium data shows that the only connection between Manchester and India pre-pandemic was a twice-weekly service to Goa operated by leisure carrier TUI.

Virgin’s announcement comes two days after it launched services between Manchester and the Pakistani capital Islamabad.