Wizz Air’s new Abu Dhabi unit will operate its first flight on 15 January, to Greek capital Athens, part of an initial network of destinations across the Mediterranean and Caucasus regions.

Services to another Greek city, Thessaloniki, will begin on 4 February, to be followed in the coming months by flights to Alexandria in Egypt, Kutaisi in Georgia, Larnaca in Cyprus, Odessa in Ukraine and the Armenian capital Yerevan. 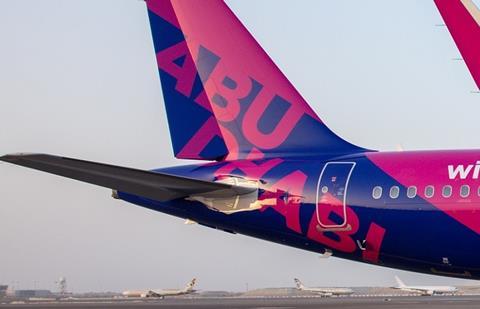 Kees Van Schaick, Wizz Air Abu Dhabi’s managing director, describes it as the pioneer of a “new model of air travel” for the UAE capital and highlights plans for expansion from its Middle Eastern base: “We have the aircraft, we have the crew, we have the partners, and we are ready to fly. We look forward to building a new travel segment in this important market.”

Wizz Air Abu Dhabi plans to operate an all-Airbus narrowbody fleet. Cirium data shows that the carrier has a trio of A321neos and another one on order.

The airline has set several target dates for the launch of operations during 2020, but plans were put on hold because of the coronavirus pandemic. Wizz chief executive Jozsef Varadi has said that the Middle Eastern unit could one day operate as many as 100 aircraft from its location between Europe and Asia.

“You stand in Abu Dhabi… and within a radius of seven hours you have 5 billion people,” Varadi said in July. “That gives you immense opportunities to exploit in the future.”