Wizz Air plans to establish a base at Oslo Gardermoen airport and operate domestic Norwegian services to Bergen, Tromso and Trondheim from early November.

The move will add 1.5 million seats to the market annually, with the carrier basing two aircraft in Oslo and positioning crew in the city.

Wizz says the move will enable it to “tap into over-charged oligopoly markets”.

All three routes are currently served by both Norwegian and SAS, while Bergen and Trondheim are also served by Wideroe.

Wizz will operate four flights a day on the Bergen and Trondheim routes and twice-daily between Oslo and Tromso.

“Our low-fare and high-frequency services between Norway’s capital and prominent regions will give our passengers a true alternative,” states chief executive Jozsef Varadi. 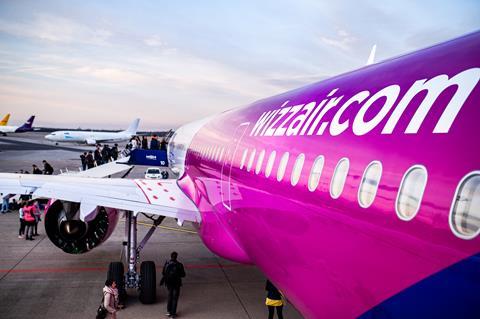 Cirium’s data indicates that as internal flights – that are unaffected by international travel restrictions – significant domestic traffic remains on the routes, despite the coronavirus crisis.

Between Oslo and Bergen, for example, there was a seven day average of 16 flights per day on 6 October, against 21 daily flights a year earlier.

While this represents a decrease of nearly a quarter, it is a far smaller decline than on most European routes, with Cirium’s data showing that arrivals to Oslo from all destinations were down by 57% on 6 October.

Norwegian and fellow incumbent operator SAS have been hit hard by the Covid-19 crisis and are now facing an onslaught of competition in their home market. Norwegian is in the process of restructuring its business to scale back long-haul services and focus on the Nordic market. It warned in August that it would require further financing next year to survive the winter.

In addition to Wizz’s announcement, industry veteran Erik Braathen said on 6 October that he was planning to launch a new airline in Norway that reflects “the new economic reality” with five Boeing 737s or Airbus A320s.