Northrop Grumman is to take the lead role in a bid to offer a development of BAE Systems’ Hawk advanced jet trainer for the US Air Force’s eagerly anticipated T-X contest.

“The decision to realign was reached mutually by all team members to better leverage Northrop Grumman’s domestic development and production capabilities,” the US company said on 7 July of the agreement for it to assume “prime contractor responsibilities”. 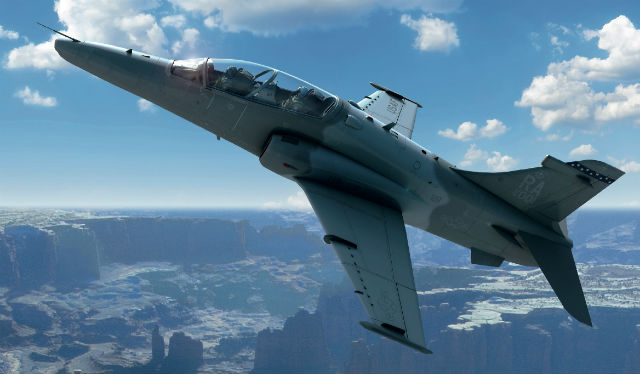 Also involving Adour engine supplier Rolls-Royce and L-3 Link Simulation & Training, the Northrop-led team “is committed to providing the Hawk as the most capable and affordable training solution for the air force,” the new prime contractor says. Its offer will be based on a US-optimised version of the Hawk 128/T2 model now flown by the UK Royal Air Force.

The Northrop-led team will face stiff competition when the T-X programme is formally launched to acquire up to 350 new aircraft to replace the USAF’s aged Northrop T-38 Talons. General Dynamics and Alenia Aermacchi are promoting a ‘T-100’ version of the latter’s M-346, while Lockheed Martin is offering the T-50 developed jointly with Korea Aerospace Industries. Boeing and Saab are teamed on an all-new trainer design, details of which have yet to be disclosed.