Oman has accepted the first aircraft from its second order of Lockheed Martin F-16C/Ds in a ceremony at the manufacturer's Fort Worth, Texas facility.

Carrying the service registration 830, the single-seat fighter will be ferried to the Gulf nation later this year. 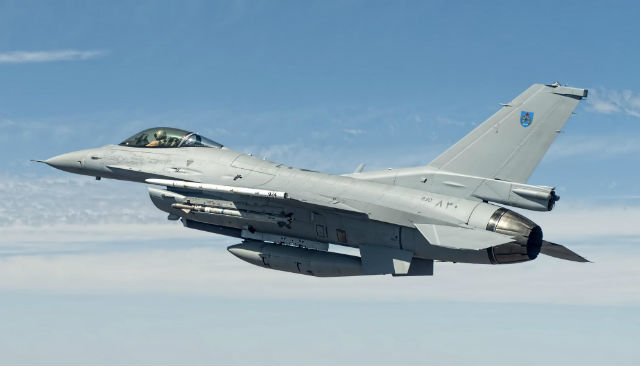 Oman signed a first order for eight F-16Cs and four D-model trainers, all in the Block 50 configuration, in 2002. These were delivered in 2005 and 2006, as recorded by Flightglobal's MiliCAS database.

Muscat made a repeat order for a second batch of the aircraft, comprised of 10 F-16Cs and two Ds, in December 2011.

"Our partnership with Oman is a proud one," Orlando Carvalho, Lockheed Martin Aeronautics executive vice-president said during the 3 April ceremony. "Working together, we are not only producing new F-16s, but also upgrading their existing F-16 fleet to provide the Royal Air Force of Oman with a common advanced F-16 capability configuration."