Air Mauritius has received its first Airbus A330-900 at a ceremony in Toulouse.

The carrier will become both the first in the southern hemisphere to operate the A330neo and the first worldwide to operate it alongside the A350, notes Airbus.

It adds that the first Air Mauritius A330-900 has been given the name Aapravasi Ghat, referencing a UNESCO World Heritage Centre located in the Indian Ocean island nation.

Air Mauritius chief executive Somas Appavou hails the jet as “another milestone in our fleet modernisation programme”. The airline has another A330-900 on order, and Appavou expects the Rolls-Royce Trent 7000-powered aircraft to “bring more flexibility and efficiency to our operations while supporting our network strategy”.

He likens the A330neo’s comfort levels to those of the A350, of which Air Mauritius has two in service and four on order, Cirium’s Fleets Analyzer shows. “With the addition of the A330neo to our fleet, Air Mauritius will further reinforce its focus and emphasis on the customer who are at the very core of our business model,” states Appavou. 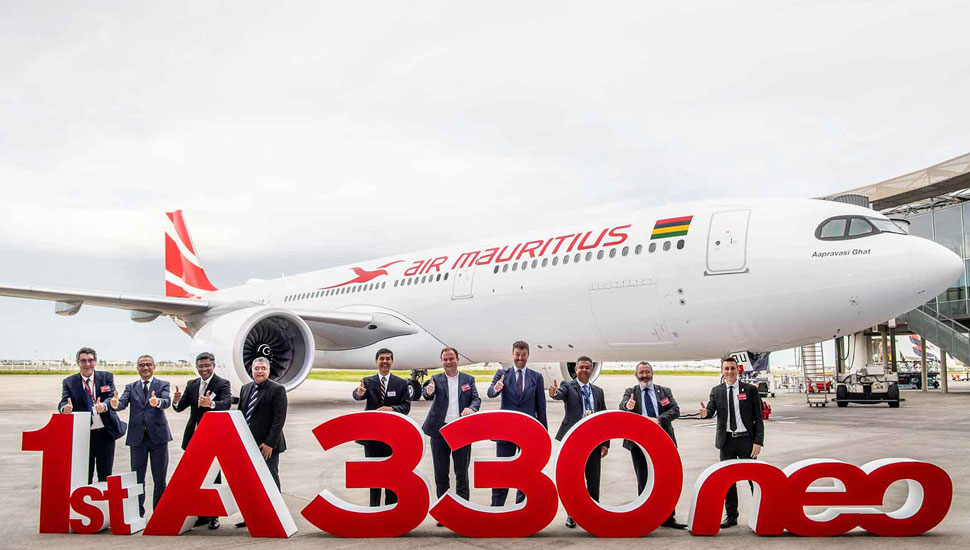 Air Mauritius’s A330neo will have a two-class cabin, with 28 seats in business and 260 in economy, Airbus notes, adding that the aircraft will be deployed on routes connecting Mauritius to Europe (mainly London and Geneva), India, and Southeast Asian destinations, and to regional points including Johannesburg in South Africa, Madagascan capital Antananarivo, and French island Reunion.