Asia-Pacific carriers took 21 of the 55 commercial aircraft delivered globally in the first month of of the new decade, followed by European carriers with 17 deliveries and North American carriers with just 10.

While January is particularly weak for deliveries after airframers’ traditional push in December, global deliveries for the month were sharply down from 80 a year earlier and 72 in January 2018, according to Cirium fleets data.

Deliveries by world region through January 2020 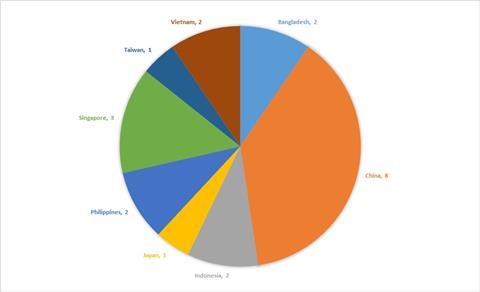 As for the Asia-Pacific, the 21 deliveries recorded were down from 27 in January 2019.

Among Asia-Pacific countries, China led with eight deliveries, followed by Singapore with three. Indian carriers were notably absent during the month, taking no new aircraft.

No carrier in the region took delivery of more than two new aircraft during the month. Air China, China United Airlines, Singapore Airlines, Spring Airlines, and US-Bangla Airlines each too a pair of new aircraft.

One notable delivery during the month was the first Airbus A320neo to go to Lion Group carrier Batik Air. China United Airlines was also the only Asia-Pacific carrier to take delivery of Boeing narrowbody jets, with the arrival of a pair of 737-800s. 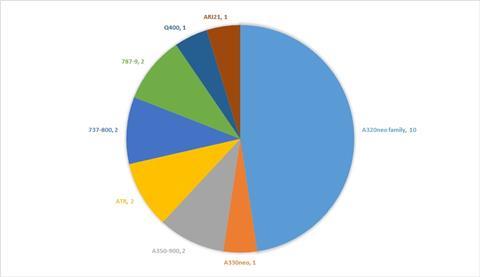 Among the two big airframers, Airbus again led deliveries in the region amid the continued grounding of the Boeing 737 Max. It delivered 10 A320neo family jets, while Boeing delivered the two China United 737-800s.

Asia-Pacific deliveries by Airbus and Boeing through January 2020.

As for widebody deliveries, Airbus delivered a pair of A350-900s to Singapore Airlines and an A330neo to Citilink, while Boeing delivered just two 787-9s, with one going to Vietnam’s Bamboo Airways and the other to Japan Airlines.

Amid January’s subdued month of deliveries, lessors had involvement in 13 of the region’s 21 deliveries. 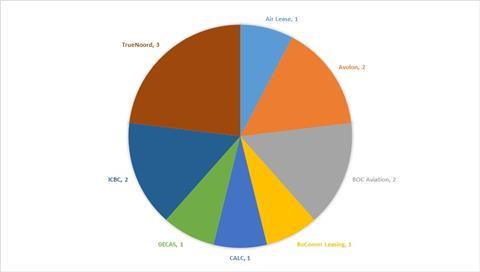 Among lessors, TrueNoord had a strong month with involvement in the two US-Bangla deliveries – a pair of ATR 72-600s – and a single De Havilland Canada Dash 8-400.

Avolon, BOC Aviation, and ICBC Leasing also were involved in two deliveries each.