“Being on the flight deck on the delivery flight of this magnificent 787-9 aircraft to Air New Zealand has been a career highlight,” says David Morgan, the carrier’s chief flight operations and safety officer.

“Like the Boeing 747-400 in the 1980s this aircraft really is a game changer for the airline and our customers.” 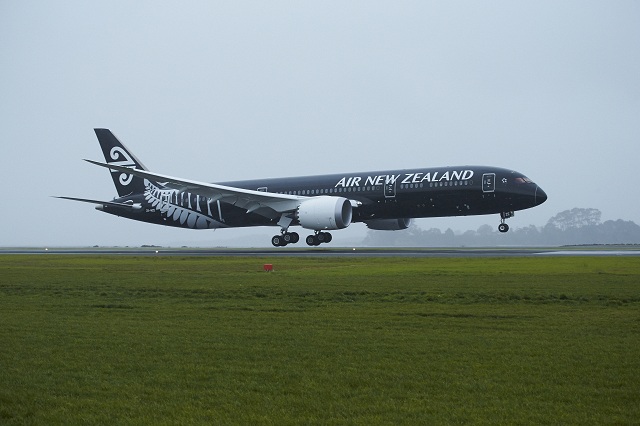 Air New Zealand is the launch customer of the new variant, and will initially use it on the Auckland-Perth route, adding flights to Shanghai and Tokyo later this year. It has orders for nine additional examples, all powered by Rolls-Royce Trent 1000 engines.

The carrier's first example bears the registration ZK-NZE. According to Flightglobal's Ascend Fleets database, Air New Zealand is due to receive its second example (ZK-NZF) in mid-August, and a third (ZK-NZG) by the end of 2014. It will receive two in 2015, three in 2016, and a final two in 2017. Air New Zealand has options for an additional eight examples, and letters of intent for six.

Air New Zealand operates a fleet of 51 aircraft following the 787-9 delivery, with an additional 29 aircraft on order.