PICTURE: Eastern Air Lines firms up order for up to 40 MRJs

Eastern Air Lines has firmed up an order for 20 Mitsubishi Regional Jets (MRJ), following its signing of a memorandum of understanding at July’s Farnborough air show.

In addition to the 20 firm orders, Eastern has purchase rights to an additional 20 aircraft, says Mitsubishi Aircraft in a statement. The deal was concluded on 22 September, it adds.

“We are honoured to partner with Mitsubishi Aircraft on this next generation regional aircraft which will deliver best in class operating economics, customer comfort and baggage capabilities,” says Edward Wegel, Eastern Air Lines Group chief executive.

“This aircraft will proudly join Eastern’s fleet starting in 2019 and will be christened the Eastern Whisperjet.” 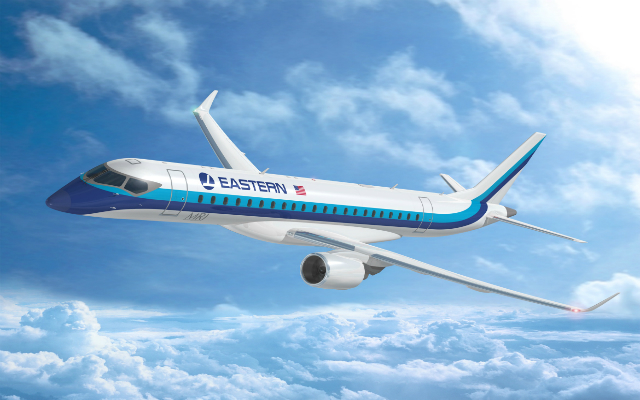 Based in Miami, Eastern Air Lines is a re-launch of the venerable carrier that went out of business in 1991. According to its website, the carrier plans to re-launch services with Boeing 737s.