Xiamen Airlines has taken delivery of its first Boeing 787-8 aircraft, making it the third Chinese carrier to receive the type.

The carrier plans to use the type on long-haul routes to Europe, North America, and Australia, says Boeing in a statement. The carrier has orders for six 787s.

"We are excited to receive our first 787 Dreamliner which is also the first widebody airplane of our all-Boeing fleet," says Che Shanglun, president and chairman of Xiamen Airlines. 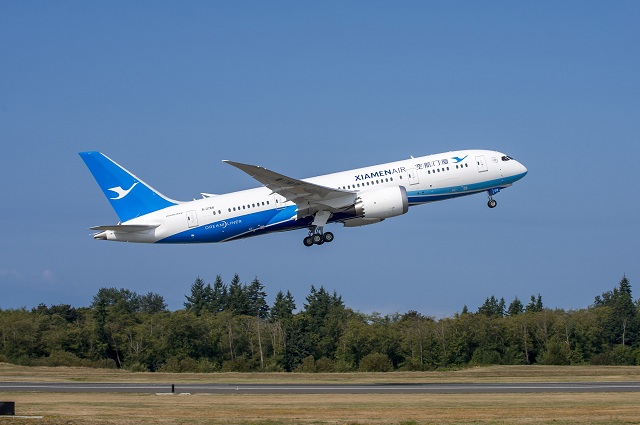 "With the innovative technology and exceptional efficiency, the 787 Dreamliner will be key to our further growth and international expansion."

When the Xiamen 787 enters service, it will be the 19th example of the type to become operational in China. Ascend shows that the other two Chinese operators of the type are China Southern (10 aircraft) and Hainan Airlines (eight aircraft).