The Airbus A320neo has made its air show debut at the India Aviation event in Hyderabad.

The aircraft, bearing registration VT-ITC, is the first of the type to enter the Indian low-cost carrier’s fleet. It will appear on static display at the show.

The aircraft is equipped with Pratt & Whitney PW1100G engines and was originally delivered to the airline on 11 March, making IndiGo the second carrier to receive the re-engined variant of the popular A320 airliner after Lufthansa. 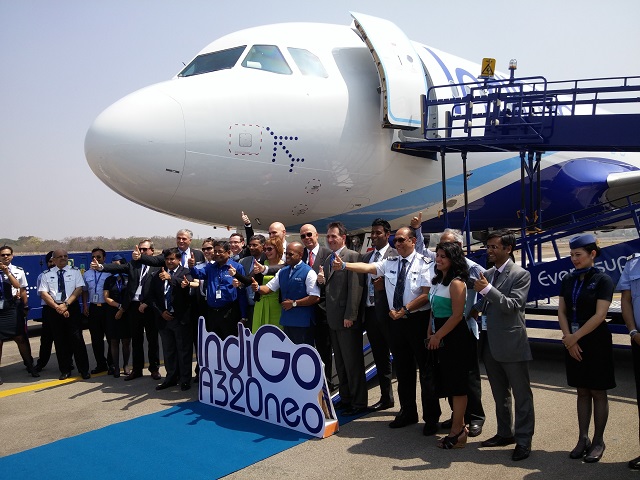 IndiGo is the largest customer for the A320 with orders for 430 of the type. 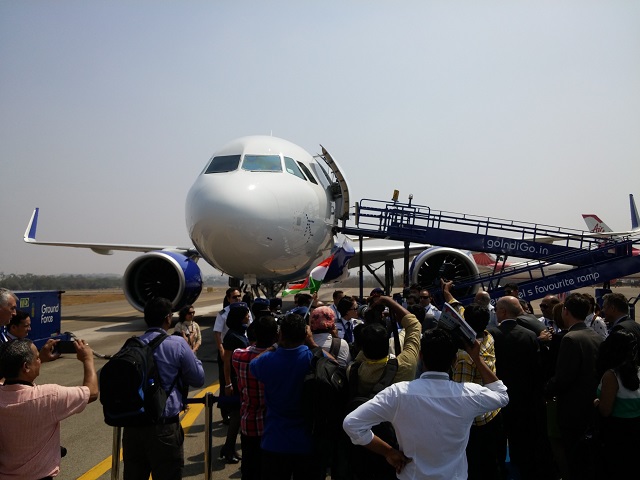 Other aircraft featured on the India Aviation static display are an Emirates A380, a Qatar Airways A350-900 (the first time the A350 has appeared at the show), an AirAsia X A330, as well a Boeing 787-9 operated by Etihad Airways.

India provides a significant amount of passenger feed to the Persian Gulf hubs operated by Emirates, Qatar, and Etihad. 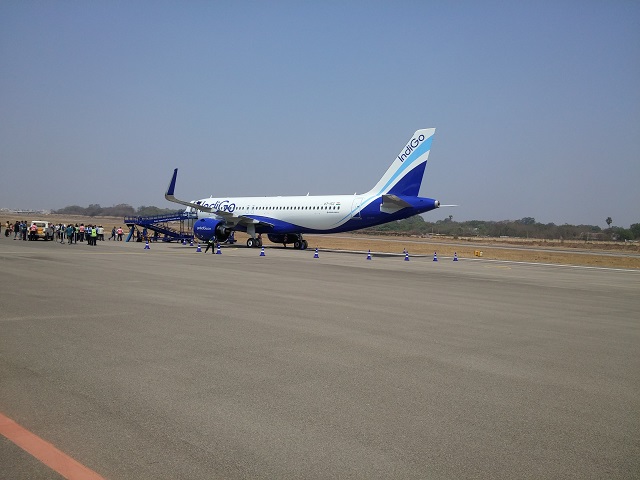