India’s Vistara has taken delivery of the first widebody aircraft in its fleet, a Boeing 787-9.

The GEnx-1B powered aircraft, registered VT-TSD, is the first of six 787s that Vistara has on order. 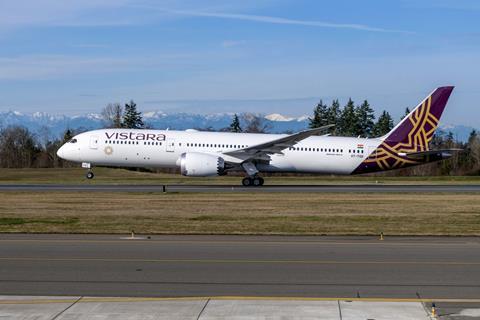 Vistara has taken delivery of its first Boeing 787-9. 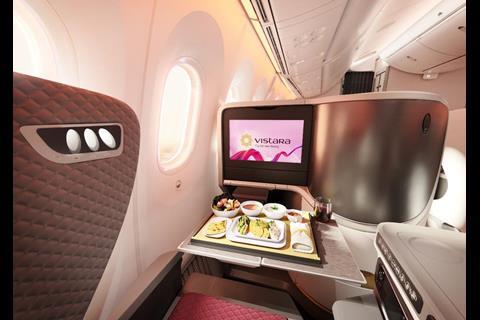 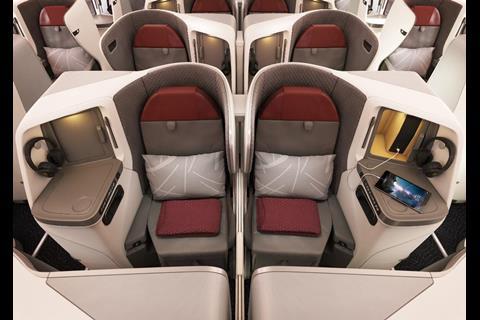 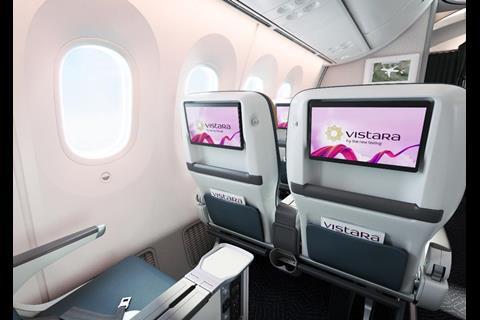 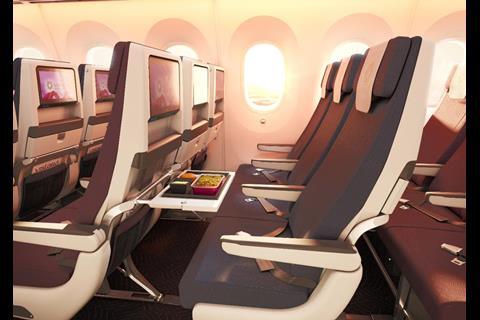 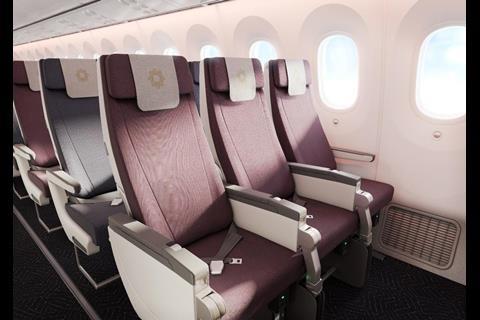 The carrier, a joint venture between Singapore Airlines and Tata Sons, will operate the aircraft on domestic routes, before launching medium- to long-haul flights.

Vistara has been coy about planned routes for the type to, but airline chief Leslie Thng has been quoted as saying Europe or North Asia are the on the cards.

The airline has configured the aircraft with 299 seats across three classes: 30 in business class, 21 in premium economy, as well as 248 in economy.