Qatar offers to be launch customer for a 777X freighter

Qatar Airways chief executive Akbar Al Baker is urging Boeing to develop a freighter version of its 777X, and has confirmed his carrier’s willingness to serve as a launch customer for such an aircraft.

“By 2025, our initial freighters will be getting about 10 years old, so we will need to replace them,” he says. “Hopefully, Boeing will launch a 777X-based freighter.”

He add: “I hope that Boeing will do what the customer wants, so it will have more efficient freighters. We would also like to be the launch customer, because of the confidence we have in Boeing.” 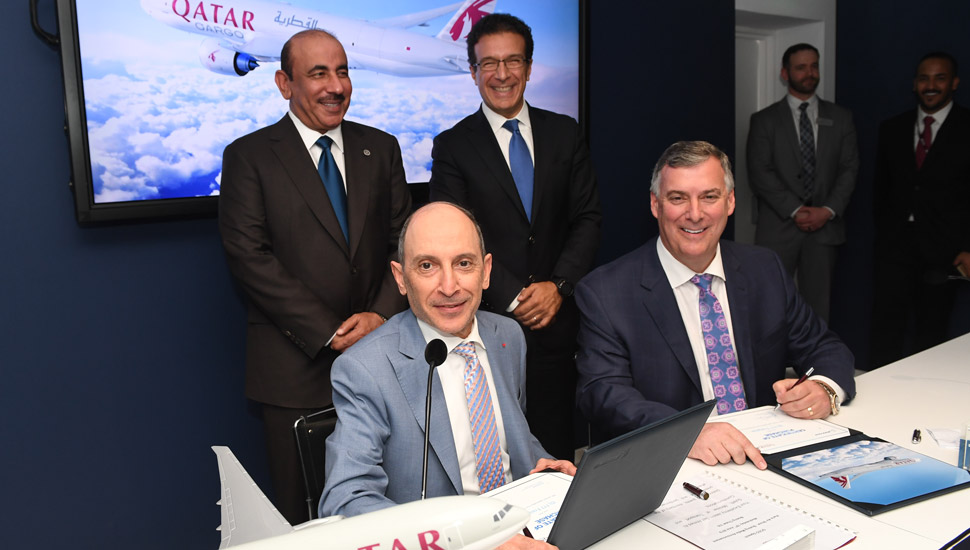 Al Baker made his comments on the third day of the Paris air show, shortly after announcing that Qatar had committed to buy five additional 777Fs in a deal with a list-price value of $1.8 billion.

Boeing is developing two passenger versions of its 777X – the 777-8 and 777-9 – and intends eventually to build a cargo variant of the twinjet. The 777X has new GE Aviation GE9X engines and new wings made of carbonfibre.

“The natural progression of the family is to… have one production line that has three models – the -8, the -9 and some form of the freighter,” said Boeing senior vice-president of commercial sales and marketing Ihssane Mounir on 18 June.

“We are talking to our 777 freighter customers in terms of when they would like us to bring that composite-wing freighter” to market, he adds.

Boeing expects the 777-9 will fly by year-end, and deliveries to begin in 2020. The airframer then intends to turn its attention to certifying the smaller 777-8.

In is latest market forecast, Boeing predicts that airlines worldwide will require 1,040 widebody passenger freighters in the next 20 years.