Operators of Boeing’s legacy F/A-18 could benefit from a collaboration agreement between two European firms currently responsible for providing national support for the type.

Signed by Finland’s Patria ­Aviation and Switzerland’s Ruag Aviation, the pact will “study the impacts of the worldwide F/A-18 ‘sundown’ programmes”, the companies say.

Combined, their home air ­forces operate 94 of the aircraft – approximately 25% of the global fleet of A- to D-model Hornets, excluding US Navy and Marine Corps examples – and plan to keep them operational until 2030 to 2035.

“It’s definitely the right point in time to bring the industries together,” says Daniel Brunner, Ruag Aviation’s general manager for jets and missiles. 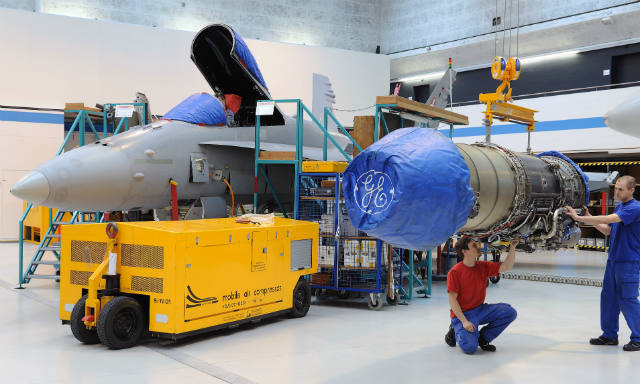 “This agreement allows Patria and Ruag to start working on similar issues. Instead of each nation trying to solve a problem individually, we can co-operate and share,” he says.

Reaching the signature phase took around two years, following a suggestion by the nations’ ­defence ministries.

“The co-operation between ­Patria and Ruag casts a strong foundation to secure the sustainment of the ageing F/A-18 fleets, and will utilise both companies’ resources to the maximum ­benefit of our customers,” says Lassi Matikainen, president of Patria Aviation. 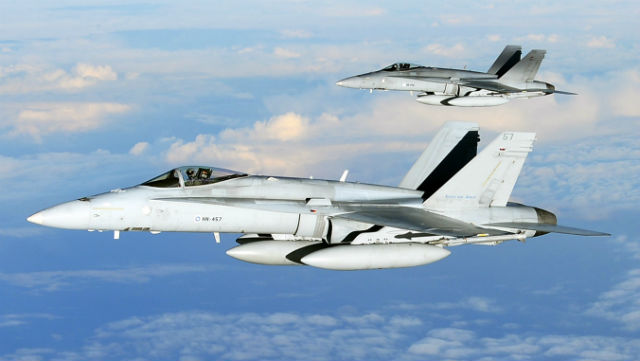 Practical near-term examples include the exchange of personnel, which Brunner says will enable the companies to respond to periods of over- or under-capacity, and sharing lessons learned through their provision of technical and logistics support. “We have identified a number of opportunities,” he adds.

The non-exclusive agreement also defines the parties’ roles and responsibilities with regard to pursuing additional business ­opportunities.

“It would be easy to co-operate with other air forces,” says Brunner, who notes that the initiative is being advanced following intensive discussions between the partners and Boeing. “We need to, and we want to, work with the OEM [original equipment manufacturer],” he stresses.

Flightglobal’s MiliCAS database records 381 A- to D-model F-18s as being in operation with the air forces of Australia, Canada, Finland, Kuwait, Malaysia, Spain and Switzerland. This total includes 61 F-18C/Ds flown by the Finnish air force and 32 of the same mark operated by its Swiss counterpart.

“All could benefit” from the currently bilateral effort to reduce through-life support costs on the type, says Brunner.