Piaggio says a failure of European manufacturers to bring to the market an affordable medium-altitude, long-endurance (MALE) unmanned air vehicle opens the door for its P.1HH Hammerhead to be the MALE choice for Europe.

The Italian airframer unveiled a full-size mock-up of its pilotless Hammerhead intelligence, surveillance and reconnaissance aircraft – a development of the P180 Avanti II twin-pusher business aircraft – at June’s Paris air show. Piaggio is partnering with Selex as mission systems integrator, and the Italian and United Arab Emirates armed forces have “expressed interest” in acquiring the type. 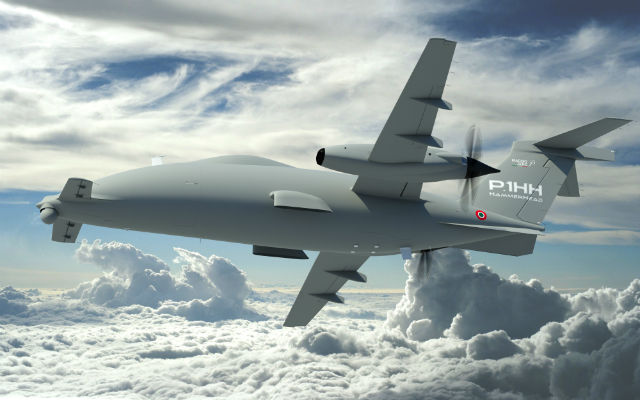 Piaggio chief executive Alberto Galassi believes that Piaggio can convince other European governments, such as France, Germany and the UK, to purchase the aircraft rather than fund an all-new programme by their own industries. “With the current state of defence budgets, there is no appetite to fund a clean-sheet development,” he says. “We have a proven platform available now at an affordable price.”

After undergoing engine and taxi trials at a Sardinian air base throughout spring and summer, Genoa-based Piaggio – in early October – moved testing of the Hammerhead programme to another air base in Sicily, where it aims to fly the aircraft in the first quarter of 2014.

So far, testing has been carried out using an adapted Avanti II airframe, but a full prototype – with 0.8m (2.6ft) longer wings than the P180 – is in final stages of assembly in Genoa. Piaggio is aiming for certification of the Pratt & Whitney Canada PT6A-powered Hammerhead – which has a 16h endurance and can operate at an altitude of 45,000ft – by the end of 2014.

Although the Italian armed forces are assisting with the testing of the aircraft, Piaggio – in which Abu Dhabi’s Mubadala investment fund is a one-third shareholder – insists that the Hammerhead programme is entirely self-financed. This is something that Galassi believes increases its appeal to European governments. “We have not received state funding and we would not be asking for any,” he says.