Airbus has released photographs of its first higher-weight variant of its A330-300 in the colours of Delta Air Lines.

The airframer says it has rolled the aircraft out of its Toulouse paint shop about four months after the airframe entered final assembly and less than two months after making its first flight. 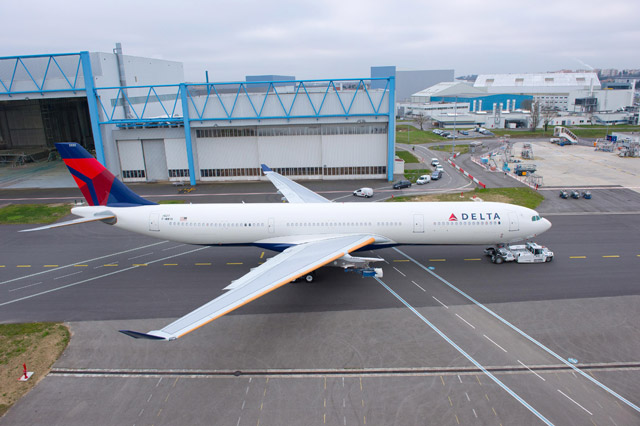 The higher-weight A330-300, which shares the same platform as Airbus’ in-development A330neo, has a maximum take-off weight of 242t and is powered by General Electric CF6-80E1 powerplants.

The aircraft which can fly an additional 500nm (926km) and is up to 2% more fuel efficient, can operate flights as long as 15h, Airbus says.