Chinese airframer Comac recently mounted an autoclave near Shanghai that will produce the C919 narrowbody aircraft.

The autoclave will be used to produce composite parts for the C919, says Comac in a brief statement. It adds that itwill be the biggest autoclave in China.

At February’s Singapore air show, Comac’s deputy general manager for sales and marketing, Dang Tiehong, said that only parts such as the aircraft's belly fairings, tail and movable structure will be made of composites. 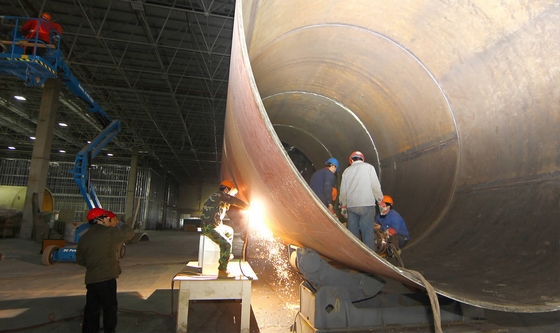 Initially, Comac had intended to produce over 15% of the aircraft with composite materials, but this was later reduced to under 10%.

"We brought down the use of composites to bring down costs and time and also because of safety, as the composites' maturity must be able to meet our needs," Dang said.