Leonardo’s aircraft division has conducted the first round of tests of the braking parachute system installed on the Aermacchi M-346s to be operated by the Polish air force.

One of several nation-specific modifications, further trials will now be performed to secure certification for the system.

The evaluations are being carried out using Poland’s second production aircraft, which first flew at the end of September. 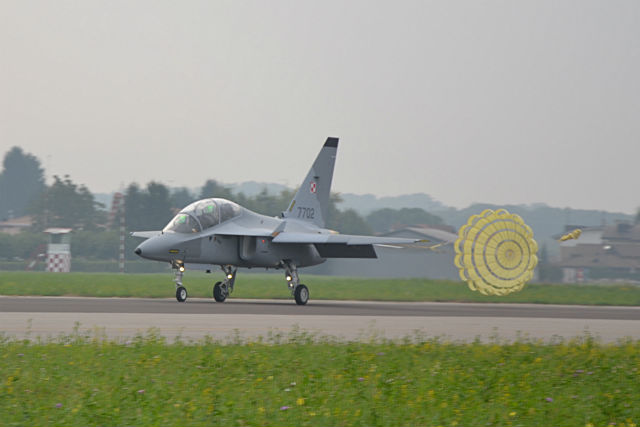 “The 'chute generated a very strong braking action and generated no negative effects with the aircraft behaviour during the rolling after landing,” says the manufacturer.

Certification of the M-346 in the Polish air force configuration is scheduled for the end of October, leading to a first delivery the following month.

Warsaw will eventually field a fleet of eight of the type, with options on another four.