Just seven months after it received a contract to produce 49 of the type, Pilatus has performed the first engine run of a PC-21 for the Australian Defence Force.

Pictured at the Swiss manufacturer’s Stans production site on 18 July, aircraft A54-001 will be delivered as part of an A$1.2 billion ($900 million) deal awarded to the Lockheed Martin-led “Team 21” consortium in December 2015. 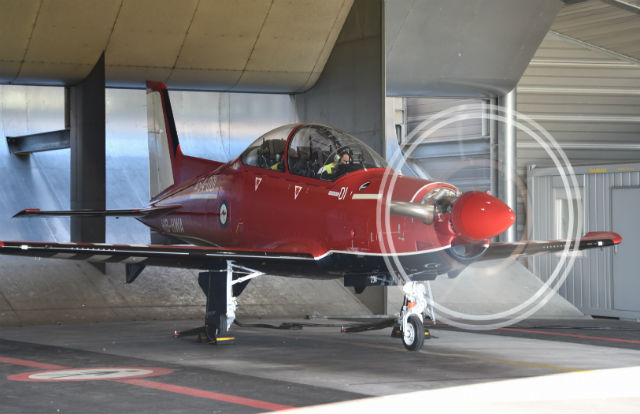 Once delivered, the PC-21s will replace an in-service fleet of PC-9s, operated by the Royal Australian Air Force.

Flight Fleets Analyzer records a total of 131 PC-21s as being in current use, with the air forces of Qatar, Saudi Arabia, Singapore, Switzerland and the United Arab Emirates. In addition to the Australian order, the company’s firm order backlog also includes eight examples for the Royal Jordanian Air Force.