Grob Aircraft has delivered the UK military’s first pair of G120TPs to the Affinity Flight Training Services consortium, with the elementary trainers on track to enter use during 2017.

Acquired under the tri-service UK Military Flying Training System (MFTS) programme, the lead G120TPs are the first of an eventual 23 to be introduced. These will be operated from the Royal Air Force’s Barkston Heath base in Lincolnshire, and replace the legacy G115 Tutor. 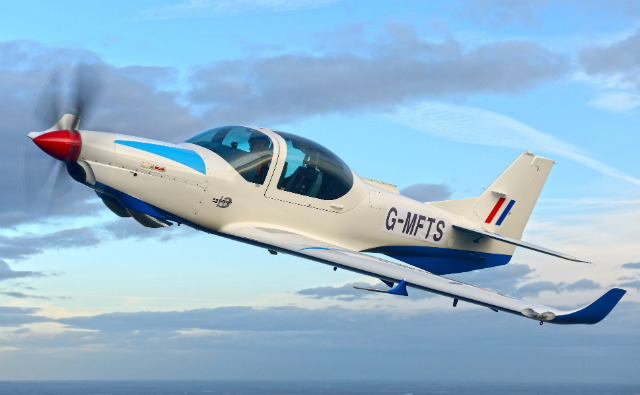 Affinity – a joint venture between Elbit Systems and KBR – earlier this year received a contract to provide the German-built G120TPs, along with 10 Beechcraft T-6Cs and five Embraer Phenom 100s, to be used for basic and multi-engine crew training, respectively.

The first two G120TP Prefects were flown to Barkston Heath in mid-November, making a stop en route at the service’s training headquarters at RAF Cranwell, Lincolnshire. Flight Fleets Analyzer records them as carrying the registrations G-MFTS and G-MEFT.

Fleets Analyzer shows the UK as joining a growing list of nations equipped with the G120TP. The type is already in operational use with the air forces of Argentina, Indonesia, Mexico and Myanmar, and also is operated by CAE for the US Army. It is also on order for Jordan.