Egypt appears to be close to receiving the first of its RAC MiG-35 fighters, with a lead example having been photographed during flight testing near Moscow late last month.

Images show a twin-seat trainer bearing the registration 811 being flown in Egyptian air force livery from Ramenskoye airport on 31 March. 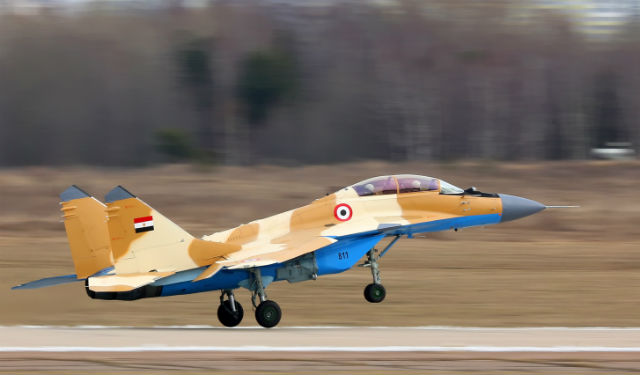 Flight Fleets Analyzer records Egypt as having signed a production order for 46 MiG-35s. The nation's air force also is modernising its capabilities via a 24-aircraft deal with Dassault for the Rafale fighter. Local media reports indicate that a third batch of three Rafales arrived in Egypt early this month, and the French manufacturer is due to deliver another five examples to the nation during 2017.

Russia's United Aircraft formally rolled out its first MiG-35 in late January, during an event attracting delegations from more than 30 countries and high-level attendance from the Russian air force. Moscow has previously expressed interest in acquiring the latest development of the MiG-29-series.