The first aircraft to be operated by the revived Air Djibouti left Cardiff airport in Wales on 9 August, with the Boeing 737-400 sporting the operator's red and white livery. 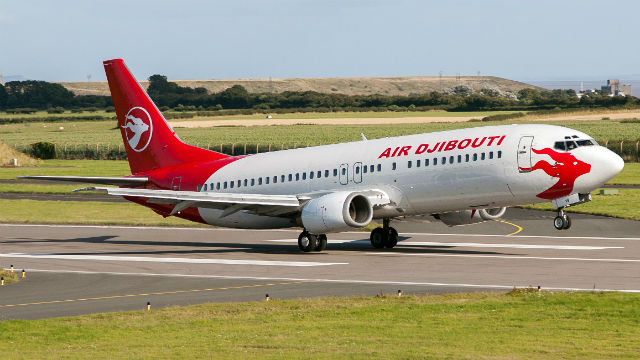 Online tracking data shows the narrowbody (registration: 9H-VVB) as having completed a 2h 10min flight to Olbia airport in Sardinia, before flying another 1h leg to Luqa International in Malta. It is due to be flown to Djibouti on 11 August, and to commence revenue services four days later.

Flight Fleets Analyzer records the 737-400 – which is owned by Cardiff Aviation company VVB Aviation Malta – as powered by CFM International CFM56 engines, first flown in 1990 and configured with 167 seats.

Cardiff Aviation chairman Bruce Dickinson says Air Djibouti could soon add a BAe 146 or Avro RJ regional jet on wet-lease. From late this year, the carrier will also operate a Boeing 767-200ER, on services between its East African home nation and London Gatwick.