Saab has delivered its final Gripen C ordered for the Swedish air force, with the fighter having been flown from its Linköping final assembly site to Kallinge air base near Ronneby on 19 March. 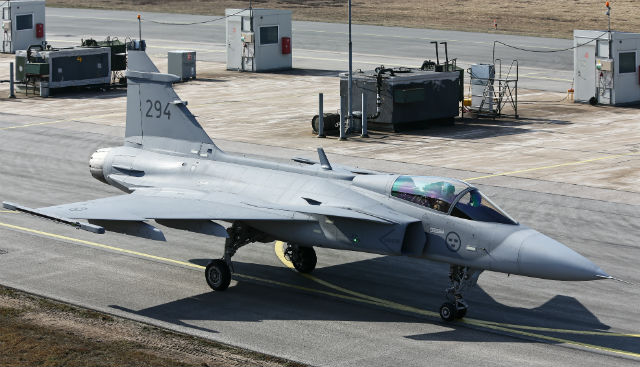 Aircraft 39294 is now assigned to the air force’s F 17 wing at the base, which is located in southern Sweden.

Flightglobal’s MiliCAS database records Sweden as having had an active fleet of 65 Gripen Cs and 20 D-model trainers prior to the delivery. The service's total fleet of the type stands at 74 and 24, respectively.

The next single-seat fighter to be delivered to the Swedish air force will be the first of at least 60 Gripens to be manufactured in the advanced E configuration. Saab is under contract to hand over its first example of the larger and more powerful model during 2019, with Brazil also having ordered 36 of the new-generation type.