BAE Systems has delivered its last of more than 300 McDonnell Douglas F-4 Phantoms to have been modified for use as aerial targets by the US Air Force.

The final adapted QF-4 touched down at Tyndall AFB in Florida on 19 November, after being flown to the site by a BAE pilot. The company supplied a total of 314 examples over a 16-year period, with each having taken around six months to adapt at its Mojave site in California. Its final Phantom had previously spent more than 20 years in desert storage at Davis-Monthan AFB in Arizona. 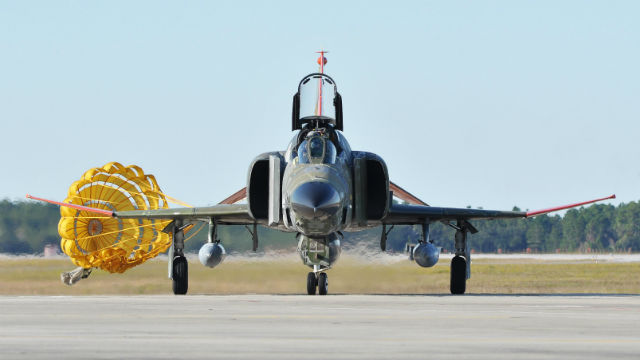 More than 16,000 manned and over 600 unmanned sorties have been flown so far with reusable QF-4s, the USAF says. To date, 250 of the type have been shot down over the Gulf of Mexico, and above firing ranges near Holloman AFB in New Mexico, it adds.

Boeing is under contract to modify up to 126 retired Lockheed Martin F-16 fighters for the aerial target role, with the company and USAF having conducted the first remotely piloted QF-16 flight from Tyndall AFB in mid-September. The new model is expected to enter operational use during 2014.