Canadian authorities have released more details about the EVAS Air Charters Beechcraft 1900D that crashed at Gander the evening of 20 April.

The Transportation Safety Board of Canada released a photograph showing the aircraft resting on its nose on the snow-covered tarmac at Gander. 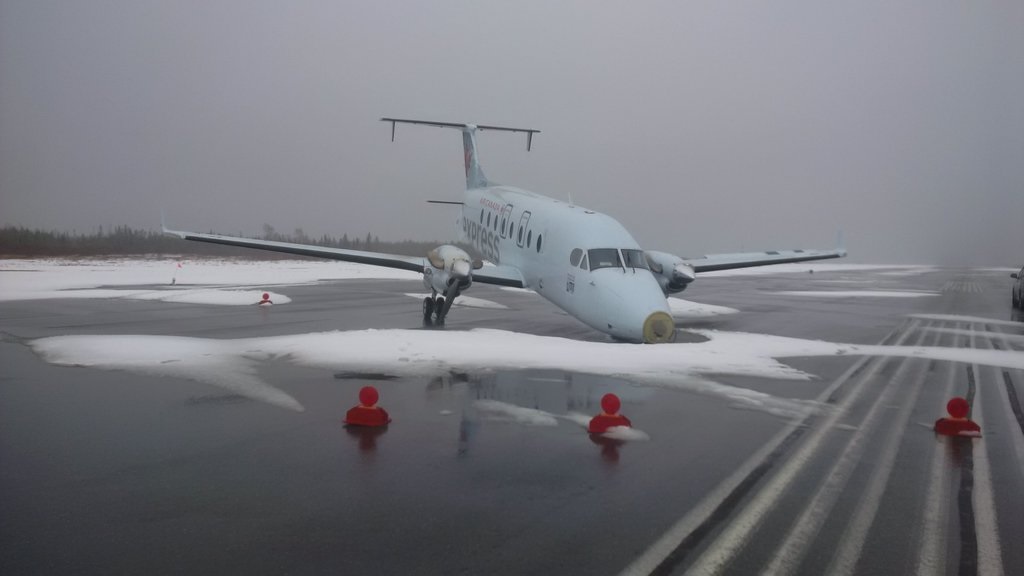 Transportation Safety Board of Canada 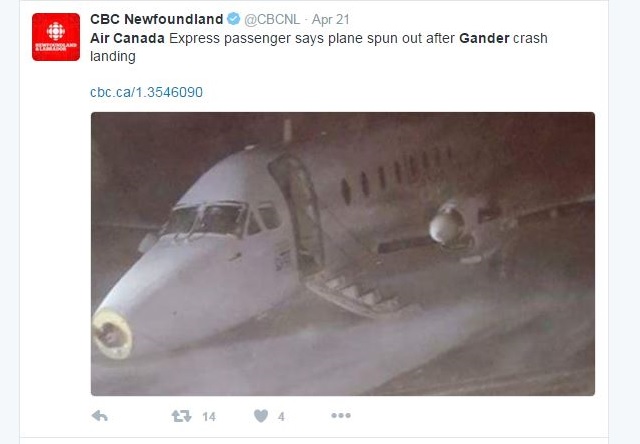 The aircraft had been operating Air Canada Express flight 7804 from Goose Bay.

The safety investigatory agency deployed a team to Gander to investigate the crash, the agency says.

Mesa Air Group purchased the aircraft new, and in 2010 it changed hands to Raytheon Aircraft Credit Crop and then to the Royal Bank of Canada, which still owns it, according to Flightglobal’s Fleets Analyzer.

The bank leased the Beechcraft 1900D in 2010 to EVAS, which stands for Exploits Valley Air Services, data shows.

The aircraft, carrying 14 passengers and two crew, crashed on landing at Gander during a snowstorm and following an approach that passengers described as extremely turbulent, according to media reports.

The accident happened at about 21:30 local time, according to Air Canada.

Passengers told news outlets that the aircraft’s cabin had been pierced by debris during the accident.