Comac has rolled out the first flight test aircraft for the C919 programme, a significant milestone towards China’s push to become a major player in aircraft manufacturing.

The Chinese manufacturer presented aircraft 101 to much fanfare, before a crowd of 5,000 comprising Chinese politicians, airline chiefs, suppliers and journalists, at its assembly facility near Shanghai’s Pudong International airport. The event was also broadcast live on the country’s central television network, with VIPs including China's vice-premier Ma Kai. 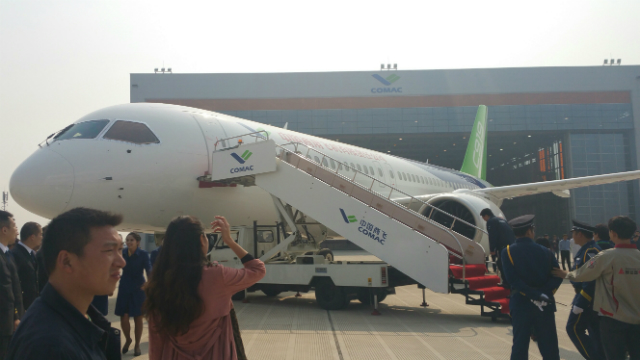 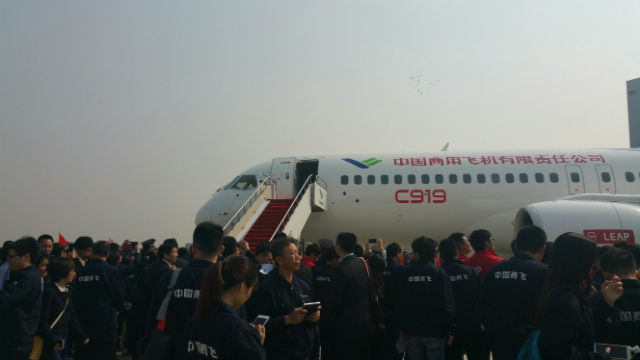 All images by Mavis Toh/Flightglobal

The aircraft, painted in a white, blue and green Comac livery, was towed onto the facility. Mounted on its wings are the CFM International Leap-1C engines. The manufacturer says all major systems have been installed on the aircraft.

It adds that aircraft 101 is in a condition where ground tests can begin, and that the target is for the aircraft to take its first flight in 2016.

Comac is using a fleet of eight aircraft – six flight tests and two ground tests – for the C919 programme.

Development of the indigenous programme started in 2008. The aircraft, pitched against Airbus and Boeing’s narrowbodies, has a long list of western suppliers including CFM International and GE Aviation. It has a design capacity for between 158 and 174 seats, and a flying range of between 4,075km