The first AgustaWestland AW101 destined for the Italian air force has been displayed to service officials at the Anglo-Italian airframer's Yeovil, UK facility.

To be designated the HH-101A Caesar in Italian service, Rome has ordered 15 of the type to replace its current fleet of Agusta/Sikorsky HH-3 Pelicans for use on personnel recovery and special forces operations. 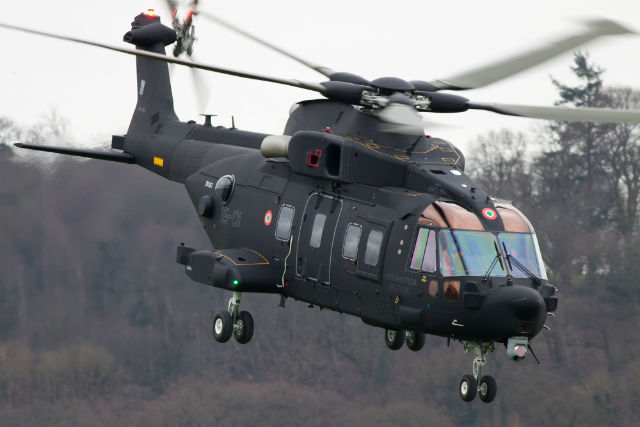 Initial test sorties using a green airframe took place at the beginning of February, with additional flights performed on 18 and 19 March following completion of painting.

Currently bearing the UK military registration ZR352, it, and a sister aircraft (ZR353), will be handed over to the Italian air force in the fourth quarter. 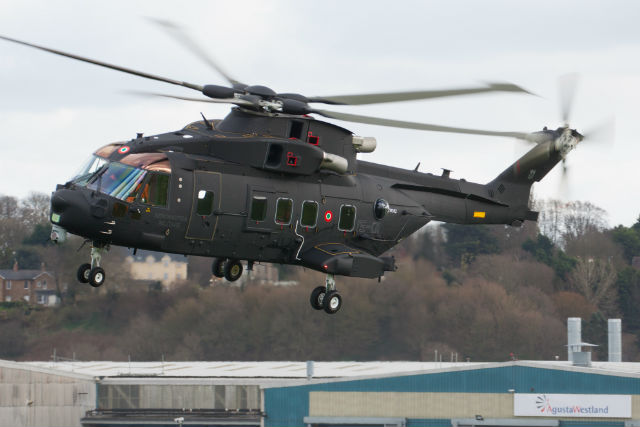 The HH-101A will be equipped with three M134 7.62mm pintle-mounted miniguns installed on the right and left sides and on the rear ramp, armoured cockpit seats, ballistic protection for the door gunners as well as for the helicopter's critical systems. It will also feature an air-to-air refuelling kit for extended range operations.

Separately, the two parties have also announced the signing of a letter of intent aimed at the creation of joint training solutions for rotary-wing operations. 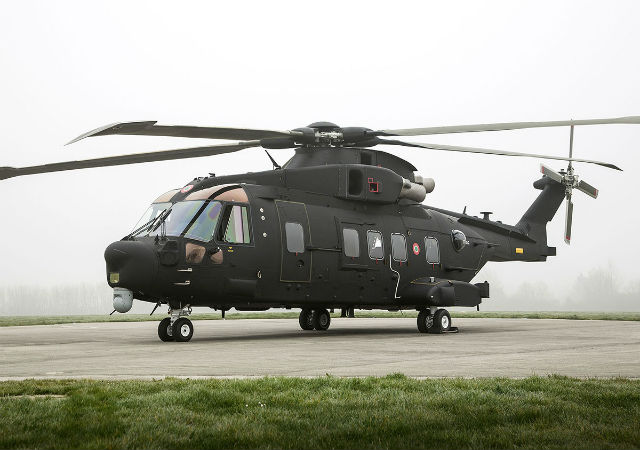 Work on the new programme will be conducted through AgustaWestland's Frosinone, Rome facility and the air force's 72nd Wing - effectively its helicopter training school - which is based on the same site.

Training will be based on the AW139, says AgustaWestland, offering conversion courses for both the HH-139A and the HH-101A.