Ahead of its entry into service next year, the UK Royal Air Force has received the first of three Boeing RC-135 Rivet Joint signals intelligence (SIGINT) aircraft acquired under the Airseeker programme. 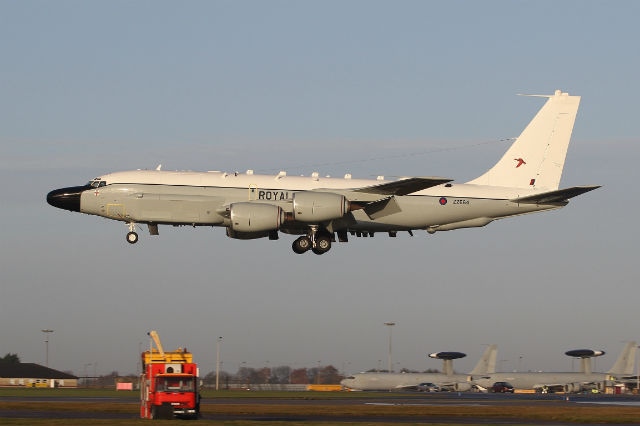 To address a capability gap that has persisted since the retirement of the RAF's British Aerospace Nimrod R1s in June 2011, the three former US Air Force KC-135 tankers have been refurbished and modified to the Rivet Joint configuration in the USA by L-3 Communications, for a per-unit aircraft cost of £180 million ($286 million), according to the UK Ministry of Defence.

The Rivet Joint fleet will be operated by the service's 51 Sqn from RAF Waddington in the east of England. Personnel from the squadron have been training with the USAF's 55th Reconnaissance Wing since 2011 in preparation for the arrival of the new aircraft, logging 32,000h across 1,800 sorties, the MoD says. It is aiming to achieve full operational capability of the three RC-135s by mid-2017. 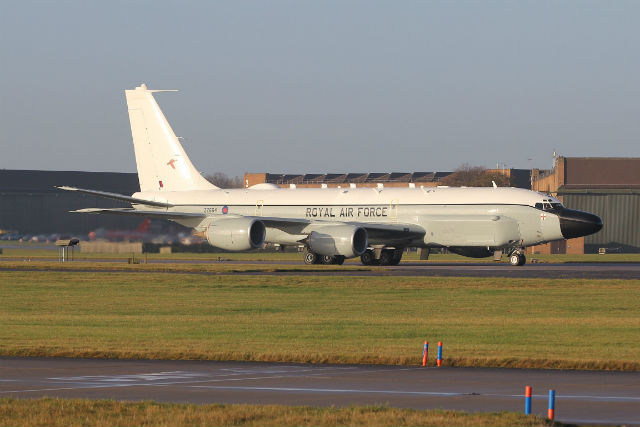 Air Vice-Marshal Phil Osborn, director of capability at Joint Forces Command, says: “The delivery of the first of three Rivet Joint aircraft to the UK is a critical step in the re-establishment of a world-class UK airborne signals intelligence capability.

"I know that the RAF... are looking forward to operating this key capability and building on the unique history of 51 Squadron."