This is Tokyo's fifth F-35A, with the first four examples delivered from Lockheed's Dallas Fort-Worth factory, says the F-35 joint programme office in a statement.

“Seeing the first Japanese built F-35A is a testament to the global nature of this program”, said vice admiral, Mat Winter, executive officer of the F-35 programme. 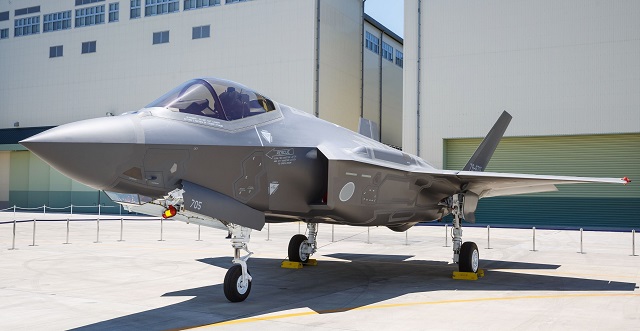 “This state of the art assembly facility, staffed with a talented and motivated workforce, enables us to leverage industry’s unique talents and technological know-how to produce the world’s best multi-role fighter. The F-35 will enhance the strength of our security alliances and reinforce long-established bonds with our allies through training opportunities, exercises, and military-to-military events.”

The Japanese Final Assembly and Check Out (FACO) facility is in Nagoya, where a large part of Japan's aerospace sector is located. 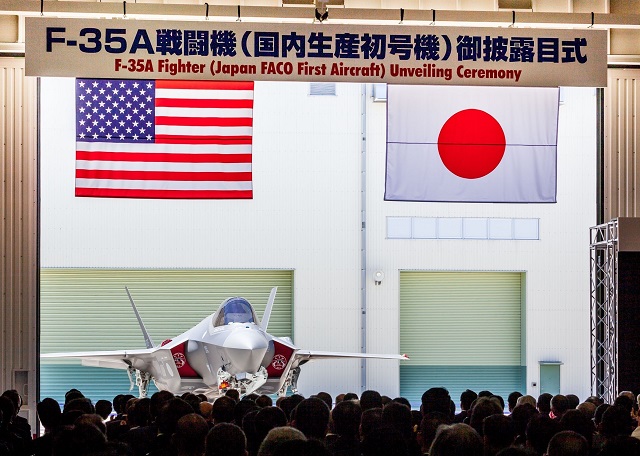 In 2011, the F-35A won a competition for a 42-aircraft requirement aimed at replacing Japan's fleet of McDonnell Douglas F-4 Phantoms.

The rollout follows news in late May that the first two Japan Air Self-Defense Force pilots graduated F-35 programme at Luke Air Force base, where international training for the F-35 programme takes place.