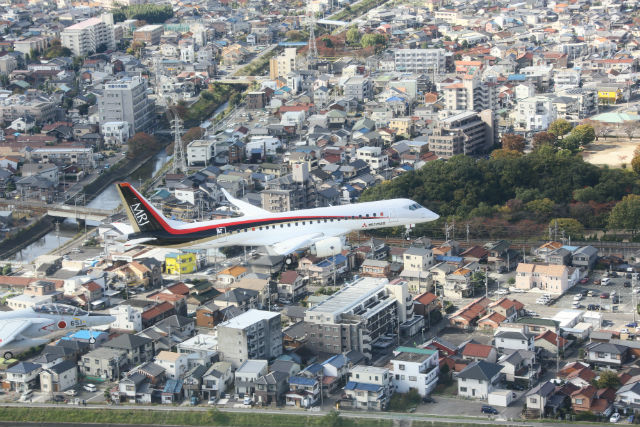 The Japanese airframer says the basic characteristics and functionality of the aircraft in ascent, descent and turning were confirmed, during the flight in the airspace off the Pacific coast.

“Operational performance of the MRJ was far better than expected. We had a significantly comfortable flight,” says chief test pilot Yoshiyuki Yasumura, who has a 25-year flying career. 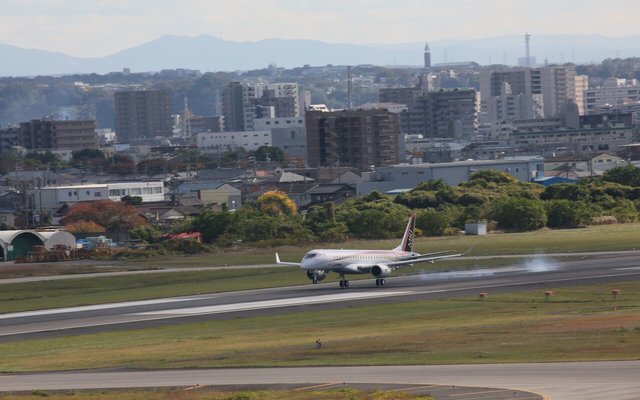 Senior executive vice president Nobuo Kishi says the flight went as planned. The aircraft, which took off at 09:35 local time from Nagoya airport, climbed to 15,000ft and reached a speed of 150kt. FTA 1, painted in the manufacturer’s red, black and gold livery, flew with its landing gear and flaps in a fixed position and its thrust reverser system unengaged during the flight.

Yasumura says the control of the aircraft was “very stable”, and that the aircraft had an excellent landing despite slightly windy conditions. The aircraft is powered by Pratt & Whitney PW1200G engines. 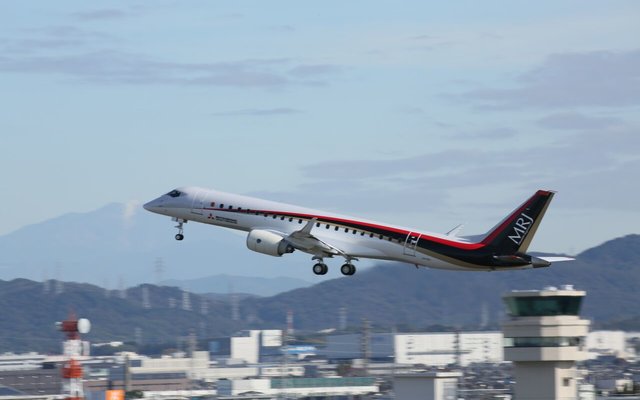 In a statement, Mitsubishi says flight tests in the US are scheduled to start in the second quarter of 2016, and that the manufacturer and Mitsubishi Heavy Industries will devote resources to the “successful completion” of the programme. It is using five flight test aircraft and two ground test aircraft for the test campaign. 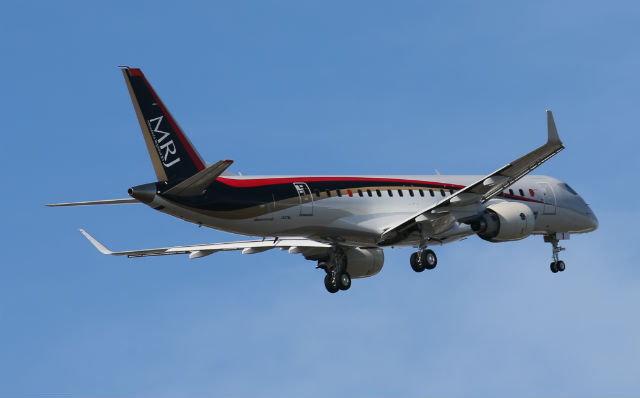 “The MRJ successfully took to the sky today thanks to ongoing cooperation and support from all members involved,” says Mitsubishi president Hiromichi Morimoto.

“We will make our utmost efforts towards type certificate acquisition, committing all our resources to develop and produce the finest regional jet aircraft to enter commercial service in 2017.”

Mitsubishi has so far secured 223 firm orders for the MRJ, and options and purchase rights for a further 184 aircraft.