Images have emerged on Chinese defence sites that appear to show a new Chinese fighter aircraft in flight.

The flight was said to be the first conducted by the aircraft that is now being commonly referred to as the Shenyang J-31. Previous reports have variously given the aircraft's designation as the J-21, J-31 or F-60.

Images for the aircraft first appeared in mid-September 2012 and were said to be taken at the Shenyang Aircraft Corporation airfield. 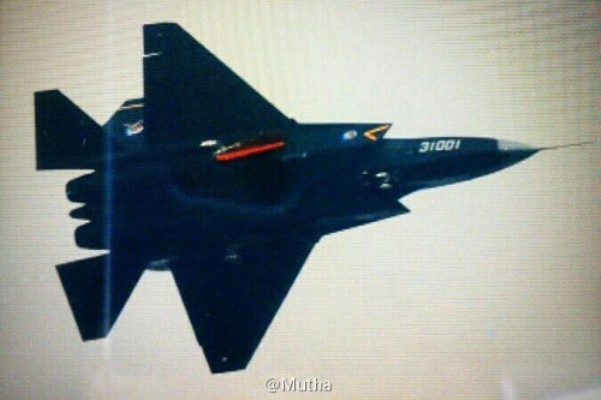 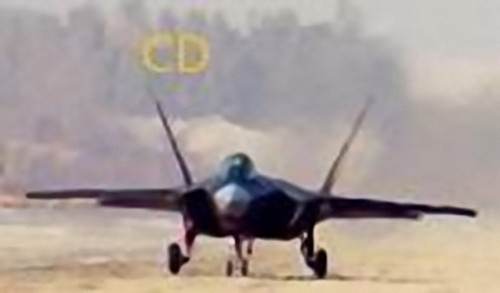 During the flight the J-31 was accompanied by a pair of Shenyang J-11 fighters. It seems to have conducted the ten minute flight with its landing gear in the lowered position.

Prior to its flight, it conducted a high speed taxi run and became briefly airborne. 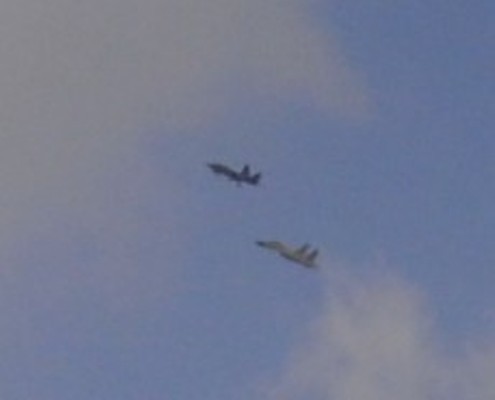