Swiss airframer Pilatus is progressing towards the maiden sortie of its new PC-24, the first business jet it has ever produced, with a prototype aircraft photographed performing engine ground runs at the company’s Stans facility on 18 February.

First flight of the Williams International FJ44-4A-powered type is scheduled for May this year, ushering in a two-year-long certification campaign using three flight-test articles. 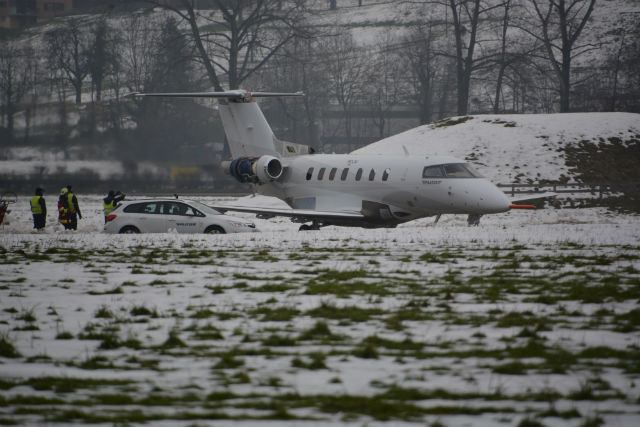 It is likely that the aircraft spotted undergoing testing is the second flight-test example. The initial, fully liveried prototype was rolled out on 1 August last year and Pilatus indicated at the time that its sister ship would follow in February, with a third appearing six months later. However, the airframer was not immediately available to comment.

Dubbed a "super versatile jet" by the manufacturer thanks to its proposed short-runway performance, the PC-24 has already racked up over 80 sales, having sold out the first three years of production of the $9 million aircraft. The next available production slot is in late 2019. 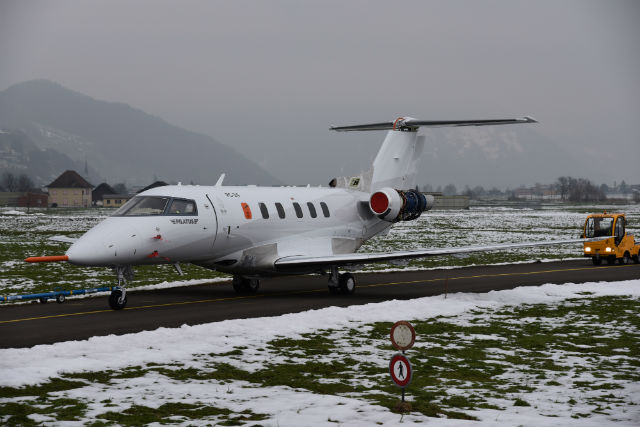 Certification and first delivery of the PC-24 is scheduled for early 2017.