PICTURES: Pilatus PC-24 is rolled out at Stans ceremony

Switzerland's Pilatus has rolled out the first example of its new PC-24 business aircraft - kicking off an anticipated two year certification campaign for the airframer's first jet-powered type.

Unveiled at a lavish ceremony, which also celebrated the manufacturer's 75th anniversary, at Buochs airfield adjacent to its Stans assembly line on 1 August - Swiss national day - production for the Williams International FJ44-4A-powered PC-24 is already sold out for the next three years. 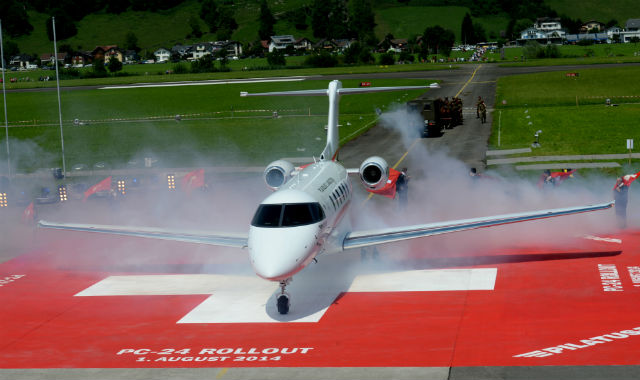 Oscar Schwenk, Pilatus chairman, says the programme is "going great", with its maiden sortie tentatively scheduled for March next year.

The initial prototype will be used for envelope expansion work "from the very beginning" says Schwenk. "The design is OK as far as we can tell, but you only find out for sure when you are airborne. We want to open all corners of the envelope and see what happens." 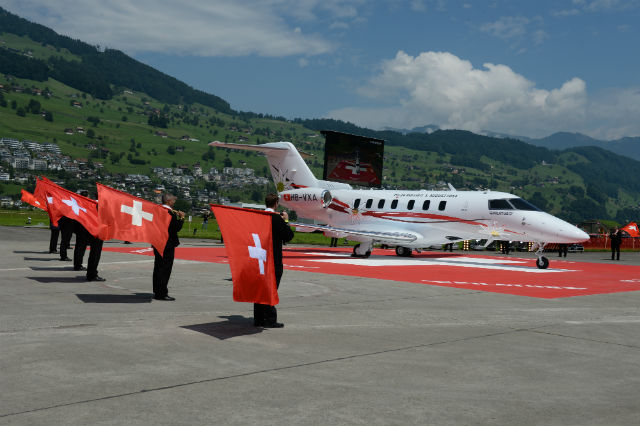 A second PC-24, to be used for systems testing, will roll off the assembly line in Stans in around February 2015, and a third aircraft will arrive after a further six months.

Not all is proceeding entirely to plan, however. First flight has slipped by a quarter - although Schwenk waves this off as "nothing" given the context - and the jet is, by his own admission, too heavy. 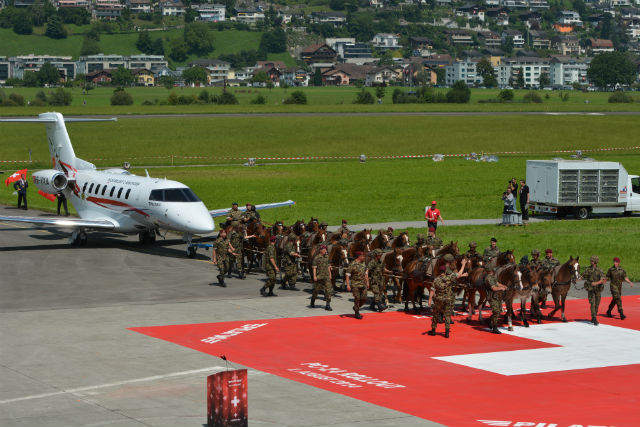 By how much, he declines to say, save for noting that "we are still within the limits of the never exceed weight, but we want to be better". Efforts to shed excess mass are still ongoing, he says, but points out Pilatus has two years in which to achieve its target. Besides, he adds, weight loss programmes can eventually become a price-sensitive issue.

"When you are building an aircraft, every day is a compromise. Either you are too heavy, or not fast enough or you are not innovative enough on the avionics."

Certification and first delivery of the PC-24 is expected in early 2017.