Photographs following the aborted take-off and engine fire of a British Airways Boeing 777-200 aircraft show severe damage to the powerplant and airframe, but it is unclear whether the jet suffered an uncontained failure.

Images taken from aft of the jet show that the aircraft’s left General Electric GE90-85B is heavily damaged, with hunks of debris peeled from the cowling. 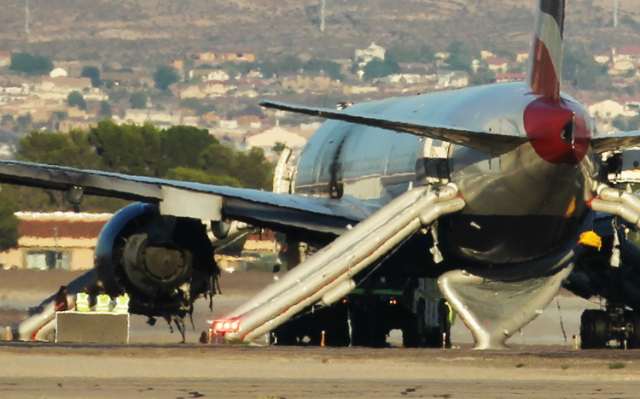 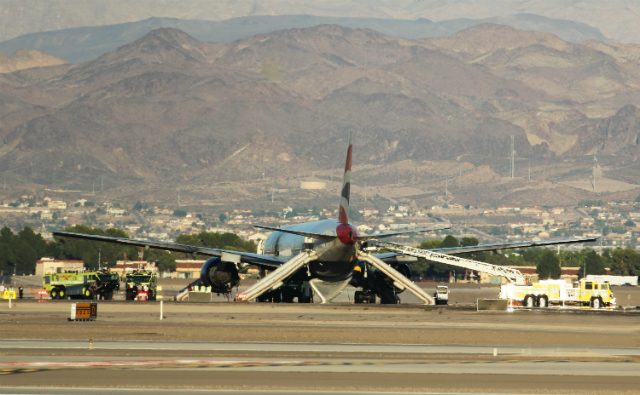 The images also indicate that the extent of the fire was so great that the right side fuselage of the aircraft, bearing registration G-VIIO, suffered smoke damage as well.

But there is no immediate evidence that the damage to the left side of the aircraft is the result of penetration of material through the inboard side of the engine.

Recordings of air traffic control communications give insight into the event, and the crew’s swift decision to evacuate the aircraft.

“This is Speedbird…mayday, mayday, Speedbird 2276 request fire services,” the crew called. ATC immediately responded that fire services were being dispatched.

The 275-seat aircraft was scheduled to fly to London Gatwick airport, according to McCarran International airport's operator. 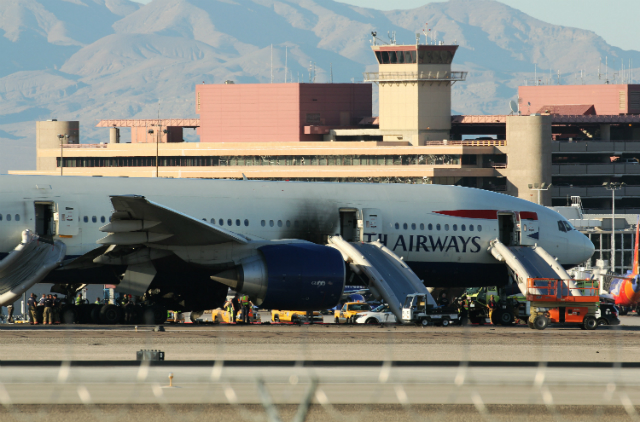 It adds that the incident was reported at 16:13 local time, shortly after the 777 began its take off roll from runway 7L/25R, and flames were spotted one minute later. All passengers were able to deplane the aircraft via emergency slides and the fire was subsequently extinguished by 16:18.

"Our crew evacuated the aircraft safely and the fire was quickly extinguished by the emergency services at the airport,” says British Airways. It says 157 customers were on board the flight, along with three pilots and 10 cabin crew. "A small number of customers and our crew have been taken to hospital," the carrier adds.

After the event, Boeing tweeted that it was aware of the incident, and that its teams were "currently gathering more information”. It will also provide technical assistance to the National Transportation Safety Board.

General Electric has yet to comment on the incident.