United Airlines has today previewed its new premium-class lounges at London Heathrow's soon-to-be-inaugurated Terminal 2, a move which will bring the Star Alliance carrier's flights under a single terminal for the first time since its merger with Continental Airlines.

Set to be the first carrier to operate from the Terminal 2 when it opens on 4 June, United is moving its existing Heathrow operations which are currently split across Terminal 1 and Terminal 4.

"We are excited to be the first airline to operate at Terminal 2 as we are able to bring our operations together under one roof for the first time since the merger with Continental Airlines in 2010," said Jake Cefolia, United's vice-president of Atlantic and Pacific, at a press launch of its new lounges today. "It [Heathrow] is one of our most important hubs. No other US carrier offers as many flights [in its own right] to Heathrow as we do." 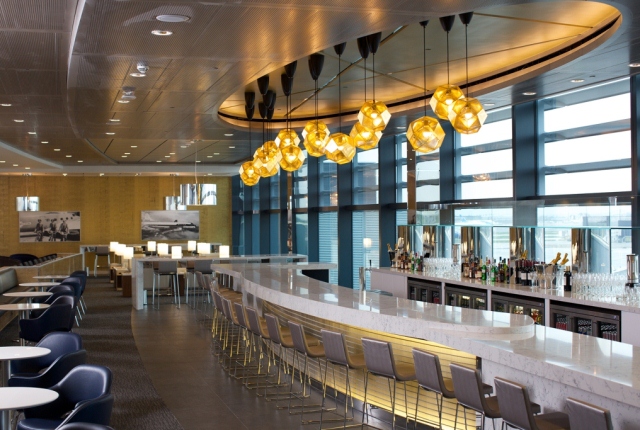 Terminal 2 will become a focal point for Star Alliance and its 22 member partners that operate at Heathrow will gradually join United in the new facility over the next six months. Cefolia points to the improved connectivity this will enable United to offer, as it cuts minimum connecting time from 90min to 60min. "That really will be the key benefit of moving under one roof," he says.

"Competition [on transatlantic routes] has never been so fierce, so its a great way to differentiate ourself in the market. So I think it's a great time to make this investment, as this is one of the tools in the sales tool-chest."

At the moment United uses the Star Alliance and SkyTeam lounge facilities in Terminals 1 and 4, but the move into the new Terminal 2 – which formally launches later in June – has enabled it to develop dedicated lounges for its first-class and business passengers at Heathrow. "We are really incredibly excited about the opportunity to bring this standard to London," Cefolia says.

The two lounges occupy 22,000ft2 (2,000m2) and will feature floor-to-ceiling windows with views of the airfield.

Among the design highlights in United's Global First Lounge is a an oversized Big Ben-style clock in the tea-lounge section, together a wine-room eating area. 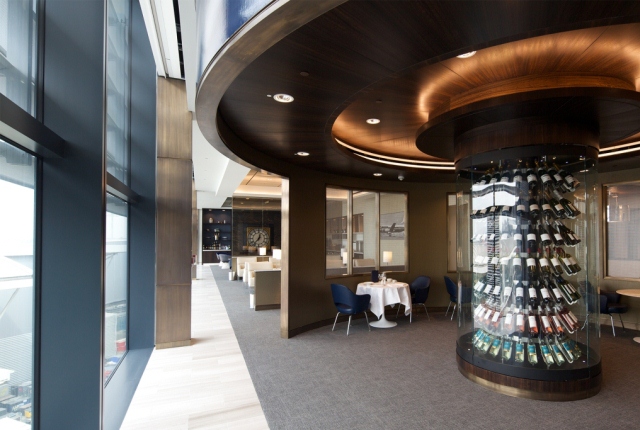 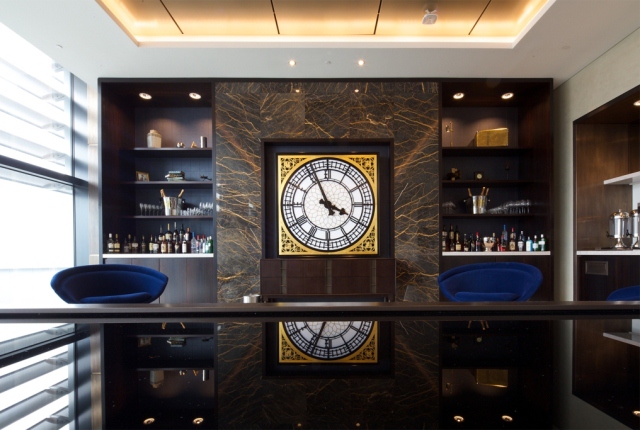 ...and a Big Ben-themed tea lounge