WestJet has Tweeted photographs of a Boeing 737-800 painted in the new livery of the company's soon-to-launch ultra-low-cost subsidiary Swoop.

The Calgary-based airline had previously released only digitally-rendered images of Swoop-branded aircraft.

The 737-800 has the name "Swoop" emblazoned in magenta letters over an otherwise all-white fuselage. The aircraft has a mostly-magenta tail marked with Swoop's S-shaped emblem in white. 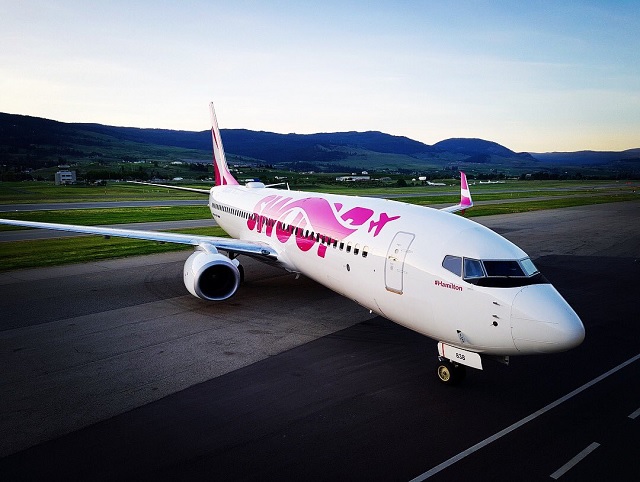 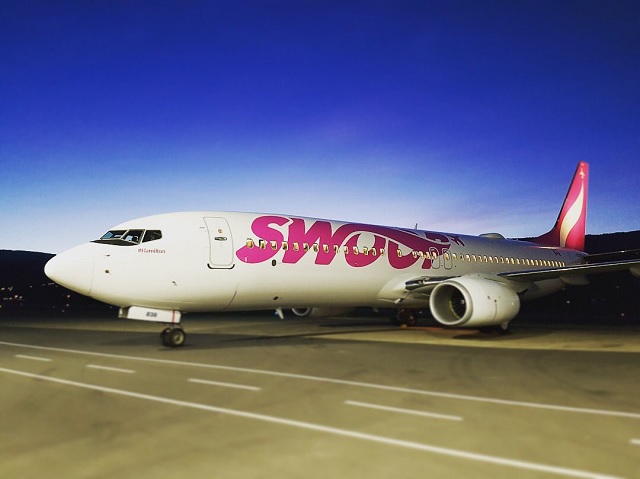 Swoop is set to take to the skies for the first time on 20 June, with initial flights from Hamilton, a city southwest of Toronto, to both Abbotsford and Halifax.

Days later Swoop is scheduled to start flying from Hamilton to both Edmonton and Winnipeg.

Swoop's launch has caused a stir among WestJet's recently-unionised pilots.

The company initially intended to staff Swoop's cockpits with pilots transferred from the company's WestJet and WestJet Encore units. It plans to pay Swoop pilots wages that are in-line with other ULCCs, chief executive Ed Sims has told FlightGlobal.

But union Air Line Pilots Association, International (ALPA) opposed the pilot-transfer plan. It filed a complaint with the Canadian Industrial Relations Board earlier this year, saying WestJet failed to properly negotiate its Swoop plans with the union.

The government board sided with ALPA and ordered the company to change course. WestJet now says pilots hired from outside the company will initially staff Swoop aircraft.

ALPA and WestJet continue negotiating the pilots' first contract. But those talks have stalled and ALPA says pilots could walk off the job as early as 22 May.