Poland has selected the Airbus Helicopters H225M Caracal for its tri-service rotorcraft acquisition, but has trimmed the overall requirement from 70 down to 50 units.

Warsaw says the 11t-class helicopter will now perform “verification checks” in late May and June to ensure its suitability for the intended missions.

Airbus Helicopters, which will locally assemble the rotorcraft, edged out offers from PZL Swidnik – which proposed the AgustaWestland AW149 – and Sikorsky and its local subsidiary PZL Mielec, which offered the S-70i Black Hawk and S-70B Seahawk. These "did not meet the formal requirements” of the tender, says the nation's defence ministry.

Subject to successful trials and offset agreements, deliveries of the new helicopters are due to begin from 2017, says the ministry.

No value has been given for the contract at this stage, it says, with this figure to be “presented after the conclusion of the offset and delivery”.

Warsaw had initially planned to acquire 70 helicopters, but this figure has been cut by 20 units, with the nation instead to extend the use of its existing fleet of 40 Mil Mi-17s into the next decade.

“We are now preparing ourselves for the next steps of the tender process, cooperating during this test period to answer all requests and questions from the Polish armed forces, and further demonstrate that the Caracal matches all criteria of the tender and their operational needs,” says Airbus Helicopters. 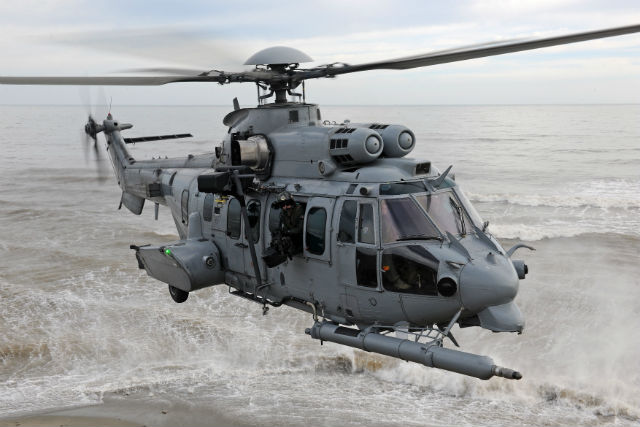 In addition, Poland says it is continuing with its accelerated procurement of new attack helicopters under its “Project Raven” initiative.

The decision to opt for the H225M, alongside the creation of a local assembly facility, puts Airbus Helicopters in a strong position with the offer of its Tiger attack type. However, it will face competition from the Boeing AH-64E Apache and Turkish Aerospace Industries T129 ATAK.

Poland’s selection adds to a growing list of nations which have acquired or shown interest in the H225M.

Brazil, France, Malaysia and Mexico are all operators, with the Royal Thai Air Force also due to receive its first of six examples soon. Flightglobal’s Ascend Fleets records Indonesia as having one example not in current use, while Kazakhstan also has been mentioned as a potential customer, with a requirement for 20 of the rotorcraft.

Ascend records 59 H225Ms as being in current operational use, including nine completed in Brazil by Airbus Helicopters subsidiary Helibras.