The CRAIC CR929 widebody programme has received “commitments” from airlines in Russia and China, and is pitching itself to airlines farther afield.

United Aircraft, one of the partners in the CRAIC, confirms with FlightGlobal that it is “working with” airlines in Russia and China that have widebodies in their fleet. It did not indicate which carriers these were.

“CRAIC anticipates potential deliveries in South-East Asia, Middle East and other regions as well,” the Russian airframer added in response to FlightGlobal’s queries. 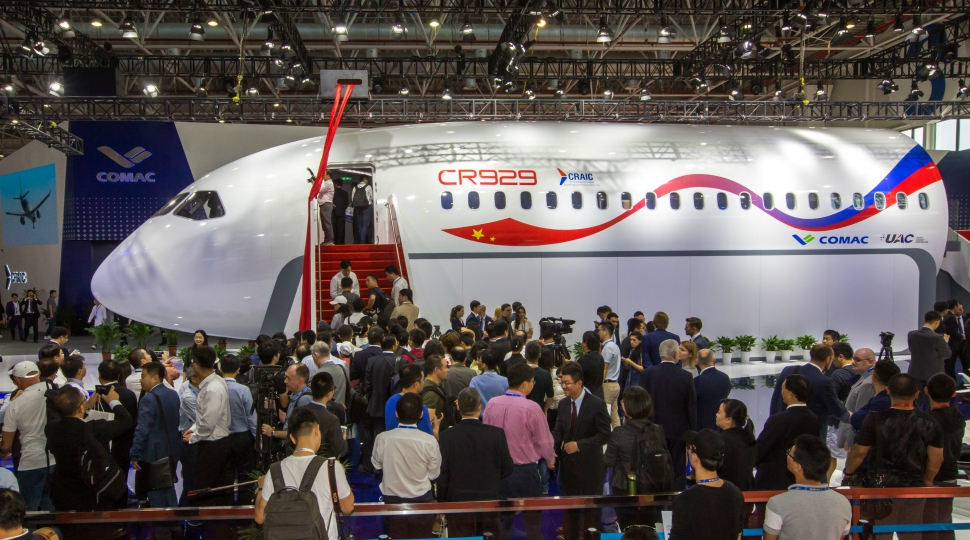 UAC did not disclose how many commitments the CR929 programme has received, but media reports have suggested it to be in the region of about 200 aircraft.

FlightGlobal previously reported that both Comac and UAC were looking to secure launch customers by the end of the year.

CRAIC, a joint venture between Comac and UAC, was also working towards completing the concept design by early 2020, before freezing the definition in the first half of 2022. First flights were previously reported to be scheduled around 2025.

UAC tells FlightGlobal that the programme is now at the design definition and supplier selection stage. CRAIC is also, through discussions with airlines, clarifying requirements.